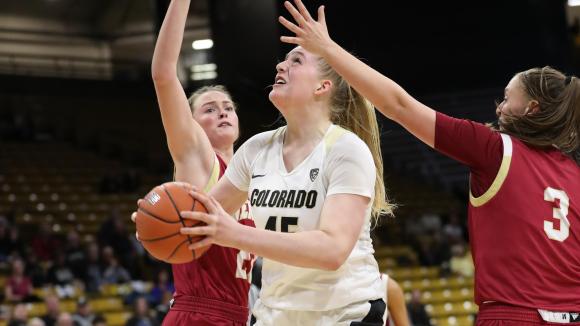 The two Kiwi women in action today, Charlotte Whittaker and Pareunora Pene both found themselves on losing teams as the NCAA Division I Women’s Basketball Conference Championships

Below is the schedule for the Kiwi women – see who is playing when in NCAA Division I Women’s Basketball Conference Championships.

Chattanooga, after gaining a share of the regular season title were unfortunately downed 63-55 by Mercer in the Southern Conference Tournament quarter-finals. Chattanooga will return to base to await possible post-season play.

No 10 ranked Colorado (5-13) lost 69-54 to #10 University of Southern California in the first round of the Pac 12 play-offs. The two teams were 1-1 in regular season play but USC pulled away in the final quarter to eliminate Colorado.

No Kiwi woman is playing for a higher ranked team than Manumaleuga with Arizona currently at #13. They will face the winner of the Cal v Arizona State tie in the quarter-finals of the highly regarded Pac 12 Conference.

Fordham (#3) had little trouble in disposing of St Joseph’s in the first round of the Atlantic 10 Conference play-offs. They now take on #6 Duquesne in an A-10 quarter-final tie.

Hoping to go one better than last season when they finished runners-up at the Atlantic 10 Championship VCU will face the winner of the first round game between Davidson and La Salle.

#5 ranked Tulane will take on #12 Tulsa in the first round of the American Athletic Conference Tournament in Uncasville, Connecticut.

Will meet a conference second round winner.

Brown face Dartmouth in their final Ivy League fixture. Only the top four teams qualify for play-offs and Brown are well down the league standings.

No 8 seed Wagner College Seahawks are up against it as they face top-seed Robert Norris University in a Northeast Conference Quarter-Final.