Jillian Harmon led all scorers with 19 points as Le Mura Lucca beat arch rivals Familia Schio 65-50 on Sunday in front of their home fans to clinch the Italian Championship.

Lucca won the Grand Final series 3-1 clinching the title with a game to spare.

Having split the opening two games at Schio, Lucca capitalised on home court advantage at the weekend winning 74-68 on Friday (Harmon also scored 19 points in that game) before clinching a first championship on Sunday.

The win was sweet revenge for Lucca having lost the 2016 grand final series to the same opponents 3-0.

The Tall Ferns forward has had an outstanding season for Lucca, her second with the club and seventh overall in Italy, averaging 17.2 points, 6.7 rebounds and 2.1 steals per game.

Her 17.2 points per game placed her third on the Italian League scoring list thi seasob.

Also enjoying great success are Sunbury Jets in the Big V League. The Melbourne club, pioted by Tall Ferns coach Kennedy Kereama, has made a perfect start to the season winning nine straight games. Tall Ferns centre Josie Stockill had a huge double double of 25 points (10/18FG, 4/4FT) and 11 rebounds as the Jets soared past second on the table Knox Raiders 63-48.

After recently getting married Toni Edmondson returned to the court for Perry Lakes Hawks against South West Slammers in the Western Australia State League (SBL). The Hawks were far too good for the Slammers winning 62-37 with Edmondson notching 6 points, 8 rebounds and 3 assists. Like the Sunbury Jets the Hawks are unbeaten in the opening weeks of the season.

Also in WA the Perth Redbacks beat Rockingham Flames 62-37 with forward Lisa Wallbutton producing 10 points, 7 rebounds and 3 steals as the Flames improved to 5-3 in sixth place on the ladder.

Back in Melbourne and Jess Bygate had 10 points and 7 rebounds, including 4 of the offensive variety, as Sandringham Sabres beat Melbourne Tigers 81-59 in the SEABL competition.

Micaela Cocks and Chevannah Paalvast made successful debuts in the Queensland Basketball League (QBL) for Mackay Meteorettes. The Meteorettes beat Rockhampton 80-61 and Gladstone 87-49 in a double-header weekend. Cocks averaged 17.5 points and Paalvast 11 points across the two games

It was not such good news for the Tall Blacks in Europe.

Isaac Fotu produced 7 points and 4 rebounds as Zaragoza went down 98-78 to Real Madrid in the Spanish Liga Endesa.

In Turkey Tom Abercrombie has played just one game for Demir IBB in the last six weeks. Signed as injury cover for an American import in March the Breakers swingman has played just six games for Demir who sit 12th on the sixteen team Turkish League ladder. 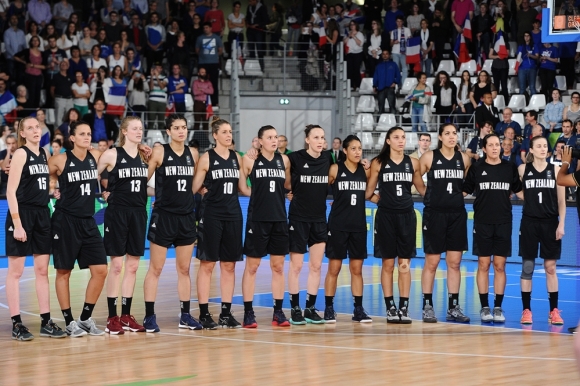 As the FIBA Olympic Qualifying Tournament drew to a close with France, Spain, Turkey, China and Belarus all booking their seats for Rio, the Tall Ferns will reflect on what might have been. But for a tough schedule and a cruel late refereeing call in the final two seconds of the game against Cuba they could have gone deeper into the tournament.

Progress to the quarter-finals would have meant a tough match up against Turkey but in a two horse race anything could have happened. It would also have thrown the Kiwis a second lifeline – playing off for fifth spot if defeated by Turkey.

The 12 game build up and the OQT have confirmed a few facts we already knew about the Tall Ferns and thrown up some additional considerations.

1 When they can call on their strongest players they are good. In fact they can be very good as the win against Spain, ranked No3 in the world, demonstrated. There were other good victories against Czech Republic, Latvia and Montenegro.

The first half effort against France in front of a parochial home crowd in Nantes was also high class. Finding consistency is the key.

2 Coach Kennedy knows what that key looks like and how to unlock the door to that consistency, “You can see how competitive our team is we simply don’t have enough games – more games are crucial,” he said.

3 The merging of the Oceania and Asia zones is a big plus with regular competition assured and having to beat those dam Aussies for an automatic spot at the Olympics or World Champs now no longer our major route for entry. The downside is that the likes of Japan, China and Korea are very well resourced, have massive playing numbers and with professional domestic leagues can call on players for extensive preparation camps at any time.

4 Our best players are scattered across three continents making preparation a major challenge. 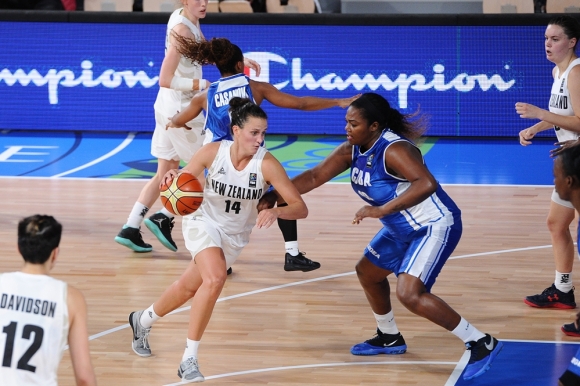 5 Talking of best players Jillian Harmon is world class. Against Cuba she was exceptional playing all but a minute twenty five seconds and producing 25 points, 14 rebounds, 2 assists a block and a steal.

6 Pulling together a largely New Zealand domiciled team to take on China B last month in Auckland was a terrific initiative by Basketball New Zealand. Exposing more players to international basketball can only help the Tall Ferns programme.

7 Sports governing bodies are often under fire but it’s appropriate to hand out another bouquet to Iain Potter and his starting five – that’s about all there are in his Wellington kiln. The build up afforded the Tall Ferns – 12 warm up games – was exceptional. Usually coaches are bemoaning lack of preparation time but not coach Kennedy this time.

“Our build up for the Olympic Qualifiers is great. We are playing a number of good teams – in fact nine of the ten are ranked above us, so we will be pushed during every game,” he said at the start of the campaign. 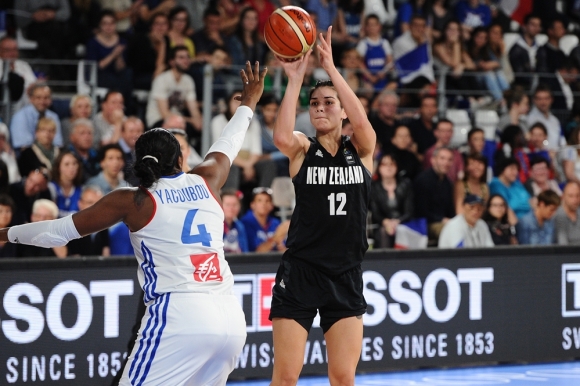 8 The quality games brought out the best in the players with Toni Edmondson, Micaela Cocks, Kalani Purcell, Chevannah Paalvast, Jillian Harmon, Penina Davidson and Deena Franklin all starring in winning performances at one stage or another during the six weeks campaign.

9 The old adage that you can’t coach height rings so true with this team. We have a bundle of undersized forwards including Kalani Purcell, Lisa Wallbutton, Jess Bygate and Deena Franklin who at international level box above their weight in the four spot. The centres Josie Stockill and Penina Davidson have performed heroically. Like welterweights taking on heavyweights they have been unwavering in the face of giant opponents such as Isabelle Yacoubou (France) and Clenia Noblet (Cuba).

Can Canterbury Wildcats centre Ashley Gayle find a New Zealand passport on GrabOne next week or Opals centre Liz Cambage suddenly discover she has grandparents from Gore and change allegiance?

10 Finally with a couple of senior players now likely to retire from international basketball opportunities abound for some of our younger players. If I were in the shoes of Krystal Leger-Walker, Brooke Blair, Shalae Salmon, Katelyn Noyer and the rest of the junior brigade I would be heading for the practice court right now. After all the 2017 Oceania-Asia Championships are only 15 months away and the 2018 Commonwealth Games on the Gold Coast seven months after that.

The Tall Ferns have a lot to look forward to.

‘Marquee Player Rule’ on the Horizon

Always interesting thoughts out of Australia from Boti Nagy. I wonder who the Breakers might consider as a marquee player? END_OF_DOCUMENT_TOKEN_TO_BE_REPLACED