The Lowdown Team of the Week is dominated by former North Harbour representatives. Wellingtonian Izayah Le’afa breaks the northern domination with his fine performance otherwise the accolades fall the way of a couple of Westlakers and two Rangitoto College alumni. 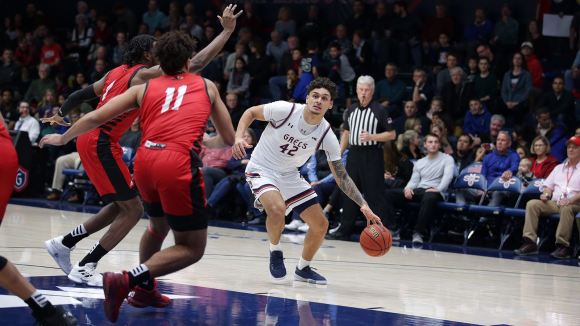 Playing in the unaccustomed role of centre Fotu was 7 from 9 from the field and 3 from 3 from the foul line whilst also adding 5 rebounds. “We know as a team that wins are what matters most so adjusting positions is just part of what we are willing to do to get the win,” said Fotu after the game.

Matt Freeman scored a career high 21 points (7/10FG, 6/7FT) as University California Santa Barbara defeated Merrimack College 68-50. The former Westlake wing also came up with 7 rebounds, an assist and a steal as the Gauchos improved to 9-4 ahead of conference play. In a profitable week for Freeman he scored 16 points in the 85-77 win against Louisiana as the Gauchos improved to 10-4.

A third career high was set by Sam Waardenburg as he posted his first double-double for Miami in their 91-60 demolition of Coppin State. He scored a career high 15 points and corralled a career high equaling 11 rebounds. The former Rangitoto College forward made 6 of 8 from the field including 3 from 5 from three-point range. 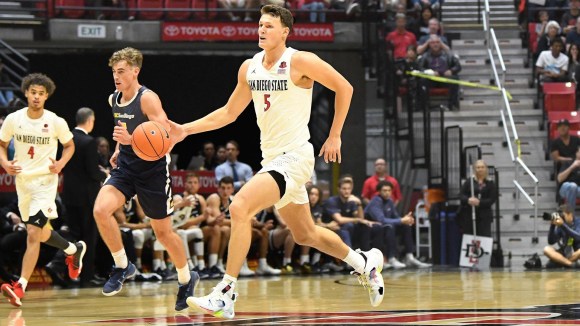 Wetzell posted 12 points, 8 rebounds and a brace of steals as San Diego State remained unbeaten this season with a 73-57 win against Cal Poly. 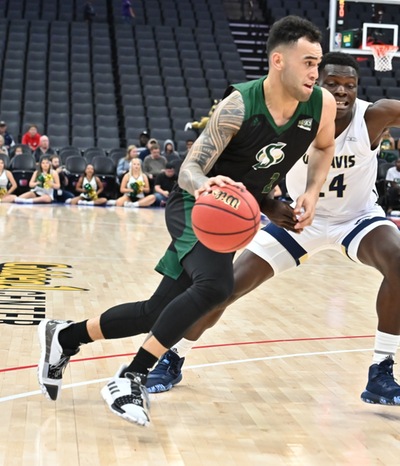 Izayah Le’afa made a free throw for Sacramento State to tie proceedings with 5 seconds to play against Montana but Montana scored on the last possession to win 52-50. Le’afa scored 8 points and added 6 rebounds, 2 assists and 4 steals but Sacramento have started Big Sky Conference play with two losses.

Callum McRae posted 7 points and 5 rebounds whilst Angus McWilliam had 8 points and 2 boards but it was of little consequence as UC Riverside were bombarded 105-56 by Air Force.