Heremaia heads NCAA Div I Team of the Week

As 2019 wound down there were a number of standout performances by Kiwi women, playing NCAA Division I basketball, in the final week of the year. Kendell Heremaia led the Lowdown Team of the Week with Akiene-Tera Reed, McKenna Dale, Tegan Graham and Kayla Manuirirangi completing the five.

Heremaia was in imperious form as hosts Fordham Rams won the Holiday Classic with a 63-54 win against Houston in the Bronx.

Heremaia was named Atlantic 10 Player of the week after a pair of games at the Classic where she lit up proceedings. Having scored 21 points against Stamford the previous day she averaged 16.5 points, 9 rebounds, 7 assists over 31 minutes on consecutive days.

Reed scored 22 of her points in the second half and also added 5 rebounds and a pair of steals. She leads the VCU scoring averaging 14.4 points per game.

Dale finished 2019 in style banking double figures, including a career high 19 points, in her last four games for Brown University before their New Year break. Dale had her career first double-double (17 points and 12 rebounds) against FIU. Brown begin Ivy League play on January 17 at Yale.

Colgate University wound up non-conference play with a 74-58 win at Wagner. Graham not only came up with 13 points (5/9FG) for the Raiders in the win but also captured a career high 4 steals. 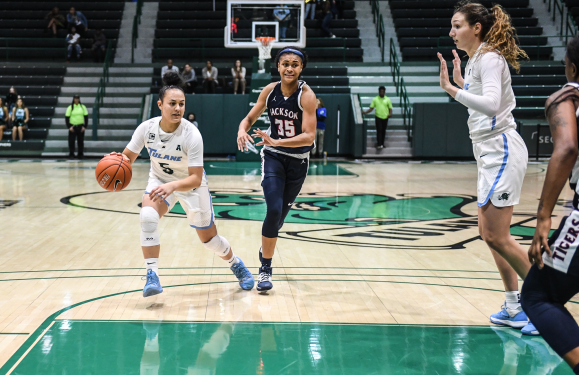 Manuirirangi, the former New Plymouth Girls High standout, led the way for Tulane Green Wave with 16 points (a season best) in the 56-40 win against Georgia Southern. The senior guard knocked down 4 threes in that tally.

In the same game Cantabrian Tsubasa Nisbett contributed 3 points and 3 rebounds for Georgia in just her second start for the Eagles.

Pareunora Pene scored a season best 7 points in 24 minutes as Chattanooga went down 70-58 to Ohio in their final game of 2019.

Shalae Salmon came up with 4 rebounds and 8 points as BYU beat Loyola Marymount 59-44.

Colorado, currently an impressive 12-0, won their opening Pac 12 encounter against Utah 80-70. Charlotte Whittaker had 5 points, 3 rebounds and a block in the win.