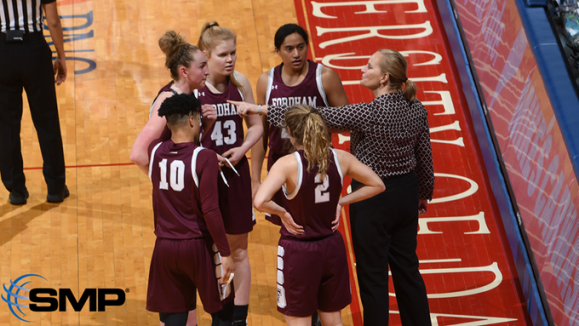 Fordham University have dropped their first four games but it’s not through the lack of contributions from Kendell Heremaia. The Fordham junior is averaging 14.8 points and 6.5 rebounds for the Rams and recently scored a career high 19 points (5/11 3PG) in the 72-59 loss to Penn State.

Akiene-Tera Reed top scored with 16 points but her Virginia Commonwealth Rams went down 77-55 to top-25 ranked South Florida. It was just the second game back for the 2018 Tall Fern after incurring a hand injury in pre-season training.

In just her second game for Arizona Tara Manumaleuga went a perfect three-from-three from beyond the arc. The 2018 Junior Tall Fern tallied 9 points in the  82-50 win against Chicago State.

Freshman Kaylee Smiler saw 20 minutes of action as BYU Cougars pounded Texas A&M Kingsville 90-38. The Waikato guard scored 6 points and added 6 rebounds and 3 assists. Shalae Salmon was 4 from 6 from the field on her way to 8 points whilst the third Kiwi in the BYU lineup Khaedin Taito played 7 minutes but went scoreless.

Charlotte Whittaker (4 points) fouled out in just 9 minutes as Colorado defeated Wisconsin 74-57. The Cantabrian fared much better in her next outing contributing 6 points (3/4FG) and a pair of rebounds as the Buffaloes made it three wins from three outings with a 66-56 win at Wyoming.