Who are the new Tall Ferns?

Tall Ferns coach Guy Molloy has included five debutants in a 14-player squad for the tour to Japan and theWilliam Jones Cup defence inTaiwan in July.

Matangiroa Flavell, Ella Fotu, Esra McGoldrick, Amy West and Charlotte Whittaker have all been selected for the senior national team for the first time.

“This is an intentional strategy to build depth, increase competition for positions, and satisfy the increasing demands of FIBA for international basketball competition,” said Molloy.

“The team selected to tour Japan and Taiwan features a blend of senior players such as Toni Farnworth, emerging new team leaders such as Penina Davidson, and exciting young potentials.”

What do we know about the five debutants? For a start all five have spent time in the American college system after graduating from high school in NZ.

Ella Fotu probably has the most recognisable name amongst the quintet of newbies with brothers Dan and Isaac having already played for the Tall Blacks.

Ella, like her brothers and Tall Fern Penina Davidson, schooled at Rangitoto College before having a three-year career in the States. She attended Boise State initially before moving on to Hawaii Pacific where she won a PacWest Conference title with the Sharks in 2018. Currently she is playing with Harbour Breeze in the Women’s Basketball Championship (WBC).

Matangiroa Flavell is also a member of the Harbour Breeze. The 21-year old played representative basketball for Rotorua while at Western Heights High School. Post school she played Junior College ball at Midland College, Texas for two years. After graduating from Midland she moved on to Houston Baptist University for a season.

Coach Molloy says that, for the team to compete with the basketball giants in the top 10, New Zealand must develop players with natural height. With this in mind he has selected three teenage forwards for the trip. 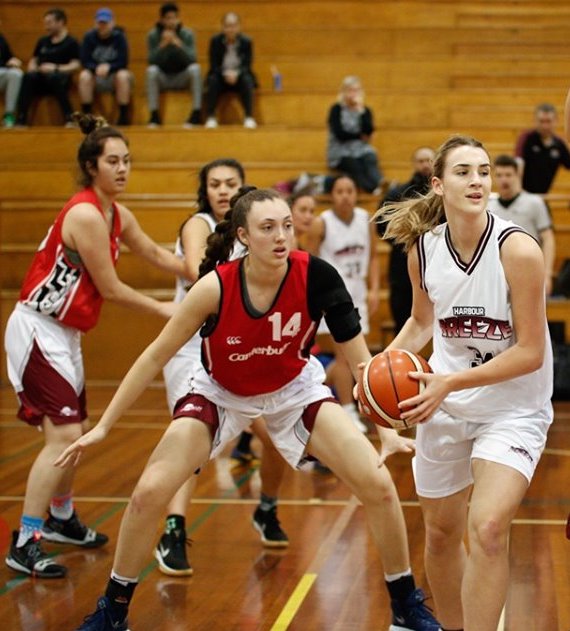 Palmerston North Girls High alumna Amy West (195cm) has just completed her freshman year at Liberty University in Virginia playing 20 games for the Flames. She is currently averaging 8.7 points and 6.3 rebounds for North Canterbury Spirit in the WBC. 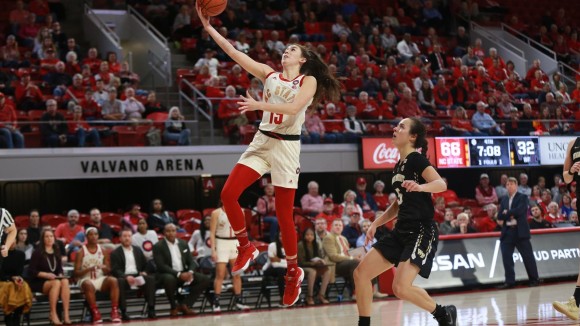 Also coming off a college freshman year is former Rangi Ruru standout Esra McGoldrick. The Cantabrian forward played 21 games for North Carolina State University last season where the Wolfpack finished the 2018-19 season ranked ninth on the USA Today Coaches Poll, after making the semi-finals of the Atlantic Coast Conference Tournament and the Sweet 16 at the NCAA Tournament.

The youngest debutant is 18-year old Charlotte Whittaker out of St Andrew’s College, Christchurch. Whittaker, the leading scorer for the Junior Tall Ferns at the Asia Cup in India last year averaging 13.8 points per game, has spent the last six months at the University of Colorado where she was a redshirt freshman. Whittaker created a favourable impression when making her senior international debut for New Zealand Select against China B in 2016 at just 16 years of age.

Molloy says the tour ahead will see the team play possibly two games against Japan in Japan, before defending the William Jones Cup that New Zealand won in 2018.

“Our goal in 2019 is to make it to 2020! What I mean by that is we give ourselves a great shot of qualifying for the Olympics, for which the key event is in February 2020. To do this will be very difficult, but I am expecting our culture and style of play will hold us in good stead.”

Indeed, it will be difficult. Only 12 women’s teams will compete at the 2020 Olympics. To qualify, 16 teams will battle it out in four FIBA qualification tournaments in February 2020. To get there, the Tall Ferns need to go through a pre-qualifying Asia-Oceania tournament in November this year where eight teams will compete for four spots in the 2020 qualifiers. The future is looking bright and Coach Molloy believes great things can happen for New Zealand women’s basketball.