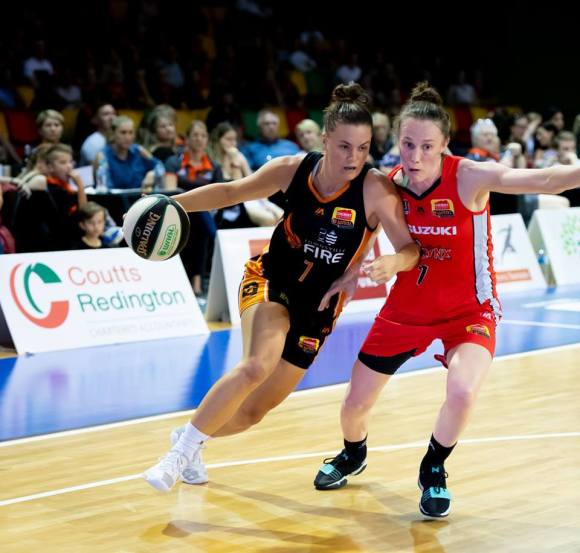 There were a couple of editions of mate v mate, Tall Fern v Tall Fern, over the weekend in the Australian Women’s National Basketball League (WNBL).

Toni Farnworth filled the stats line for Perth Lynx in their visit to Townsville Fire on Friday but the Lynx were torched by the Fire 97-72. Farnworth only made 2 points but came up with a game high 6 assists to accompany 6 rebounds a block and a steal as she filled most of the stats categories.

Micaela Cocks is in hot form for the Fire at the moment and she came up with 14 points (4/8 3PG) and 4 assists whilst Stella Beck also chipped in with a couple of points for Townsville.

Over 2,000 home fans saw Melbourne Boomers come from behind to beat Adelaide Lightning 83-78 with Tall Ferns forward Kalani Purcell her normal vibrant self – 6 points, 5 rebounds, a steal and a block.

Penina Davidson, in her debut season for Adelaide, had a couple of points and a pair of rebounds as the Lightnings five game winning streak came to an end. The win lifts Melbourne past Perth to the top of the WNBL ladder.