Tom Vodanovich, Dom Kelman-Poto, Max de Geest and Kruz Perrott-Hunt have been confirmed as the SKYCITY Breakers development players for the 2018/19 season.

As in recent seasons the Breakers have opted for two teenage players with aspirations to forge college careers in the States and two players in their early twenties looking to move into the professional ranks.

“We have some great talent amongst us this season and these guys are no exception” says Assistant Coach Mike Fitchett. “They are skilled, hungry and driven to succeed which is just what you want in a development squad.”

Vodanovich and Kelman-Poto, both members of the New Zealand Select team that travelled to China this month, have the added experience of playing NCAA basketball in the USA. Both power forwards, they represented the Southland Sharks and Supercity Rangers respectively in the NZNBL this year, with Vodanovich playing under Breakers Assistant Coach Judd Flavell.

De Geest and Perrott-Hunt, the youngest members of the team, are both current members of the New Zealand Junior Tall Blacks, recent silver medallists at the FIBA Under 18 Asian Championship earlier this month. What they lack in age they make up for in raw talent. 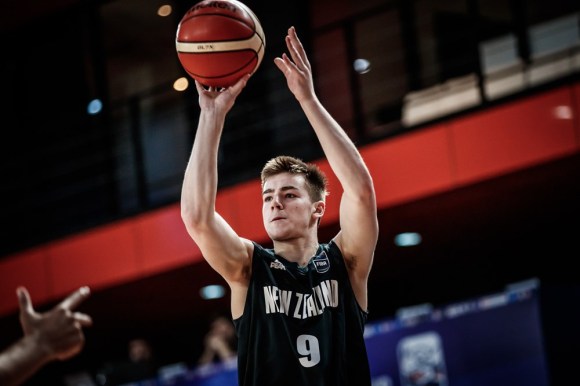 From Christchurch, Max graduated from Christ’s College in 2017.

In 2018 he played for the Canterbury Rams in the New Zealand NBL and also captained the Canterbury team that won the U19 National Championships. He also played on Canterbury’s 2017 U19 title winning team.

Like Kruz Perrott-Hunt, Max was a member of the New Zealand team that won silver at the FIBA Asia Cup in Thailand in August where the team qualified for the 2019 World Cup.

Max has also been selected for the New Zealand U18 3×3 team to attend the Youth Olympics in Argentina.

Kruz is a graduate of the Breakers Academy programme. A year 13 student at Rosmini College he was a member of their successful team that won the Schick Secondary Schools National title in 2017.

He was a member of the North Harbour team that won the U17 National Championship in 2017 and U15 National title in 2013.

Like Max de Geest, Kruz was a member of the New Zealand team that won silver at the FIBA Asia Cup in Thailand in August where the team qualified for the 2019 World Cup.

Prior to that his potential was recognised by Tall Blacks head coach Paul Henare being selected for the extended Tall Blacks squad for the FIBA World Cup qualifying games in June.

Earlier in the year Kruz was one of three Kiwis selected to attended the Nike All-Asia Camp in China where he earned the Best Defensive Player title.

Dom attended Mt Albert Gramar School before heading to the USA for his last four years of high school. He then attended Adelphi University, New York before returning to New Zealand in 2017.

Dom enjoyed a successful first NBL season with the Supercity Rangers in 2018 averaging 14.8 points and 6.4 rebounds per game.

In August 2018 he was a member of the New Zealand Select Team that made a five game tour of China – a team that also included Tom Vodanovich. 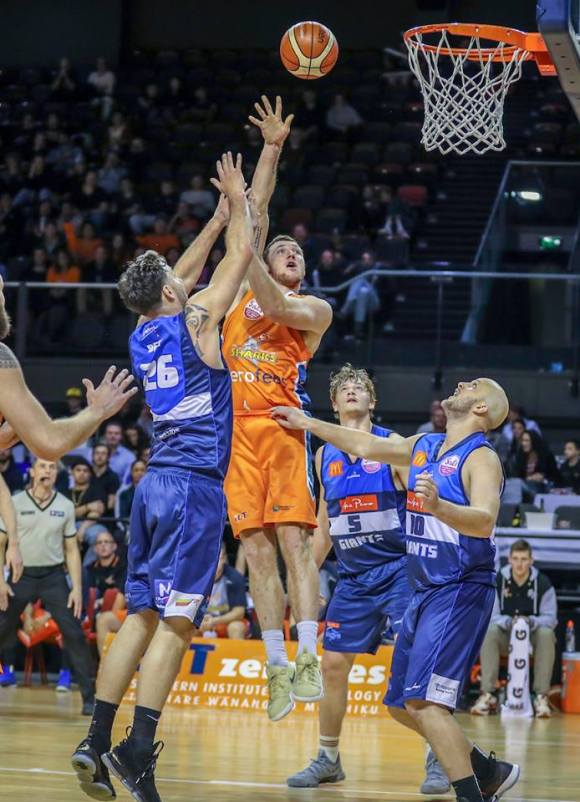 Tom was a member of the Southland Sharks team, coached by Breakers assistant Judd Flavell, that won the 2018 New Zealand NBL championship.

Prior to that Tom, originally from Wellington where he attended Saint Pats Town spent four years at James Madison University in Virginia where he plated over 120 games for the Dukes.

In August 2018 he was a member of the New Zealand Select Team that undertook a five game tour of China. The team also included Dom Kelman-Poto.