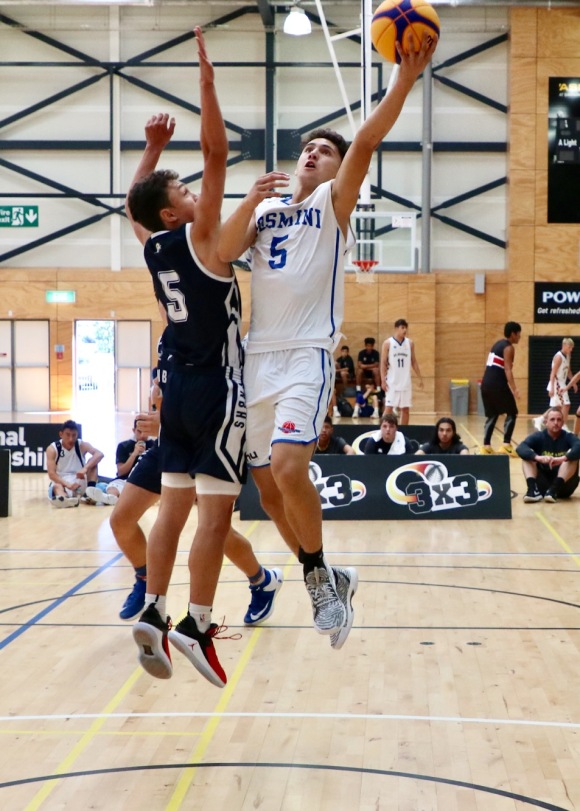 Rosmini College guard Kruz Perrott-Hunt has been called into the Tall Blacks 20-man training squad ahead of the FIBA World Cup qualifiers against Hong Kong and China later this month.

The 17 year-old found out about his elevation to the national senior team camp on the eve of his departure to China where he is attending the Nike Asia Camp alongside Rosmini teammate Mitchell Dance and Auckland Grammar forward Anzac Rissetto.

The four-day Tall Blacks training camp will be held in Wellington beginning next Monday and will cap off a hectic month for Perrott-Hunt who last week competed for Harbour Basketball at the Under 19 National Championships where he was named to the Tournament Team.

The Year 13 student is a senior member of the Rosmini Premier Basketball team. The reigning National Champions have made an unbeaten start to the season over the first six rounds of the Auckland Secondary Schools competition.

Tall Blacks coach Paul Henare was able to witness first hand the abilities of the athletic combo guard over the summer when he trained on a regular basis with the SKYCITY Breakers team.

In addition to his high school commitments Perrott-Hunt will showcase his skill set in front of American college coaches in Las Vegas in July where he will suit up for the Harbour U19 team.

He will log even more air miles in August if he is selected for the New Zealand team to attend the FIBA U18 Asia Championships in Bangkok, Thailand.