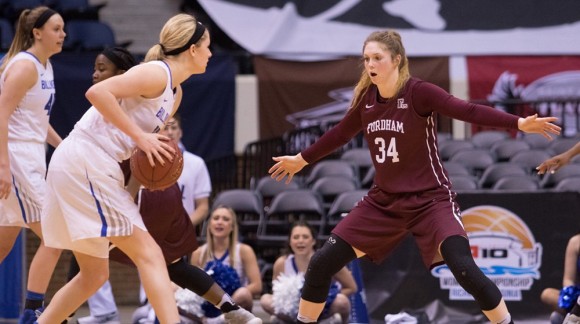 Alloyfold Canterbury Wildcats have been boosted by the inclusion of Mary Goulding for their Women’s Basketball Championship (WBC) game against South Island rivals Otago Gold Rush on Saturday.

Goulding, a junior at Fordham University, is coming off a strong season with the Rams where she averaged 8.9 points, 5.8 rebounds and 2.3 assists per game. The 1.83m forward started in all but one of the 25 games she played for the Rams in 2017-18, a season in which they finished with a 24-10 record. Fordham play in the NCAA Division I Atlantic 10 Conference.

The former Rangiora High School standout last played for the Wildcats in 2015 before embarking on her US college career.

The Wildcats suffered an overtime loss (69-63) to Auckland Dream in their last WBC outing and will welcome Goulding’s aggressive style of play as they look to claim their fourth regular season victory. She will help fill the void left by Fran Edmondson – the 2016 WBC Most Valuable Player suffered a season ending knee injury in the loss to Auckland.

The Wildcats and the Gold Rush have an identical 3-win, 2-loss record. The winner of the game on Saturday will reclaim a top four spot on the WBC ladder.

The tip-off on Saturday is 7.30pm at Cowles Stadium.

Tickets can be purchased at the door or in advance at http://www.eventfinda.co.nz