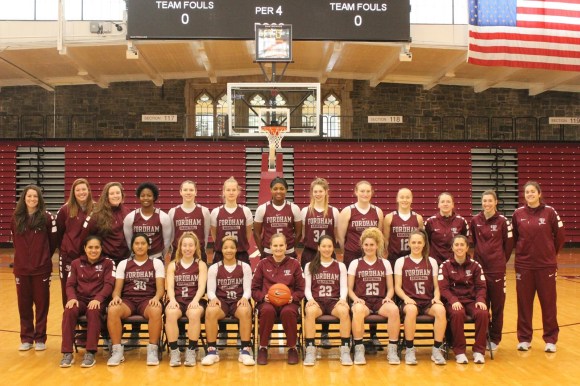 It’s an interesting time of year in US College basketball with some conferences already into end of season championship tournaments and others in the last week of regular season games.

On Wednesday (NZ time) Fordham University Rams, with their trio of Kiwis, negotiated the first round of the Atlantic 10 Conference play-offs with a comfortable 75-53 win against Rhode Island. All three Kiwis made a contribution with Cantabrian Mary Goulding (7 points, 6 rebounds and a career high 4 steals) leading the way. She was ably assisted by Zara Jillings (5 rebounds and 5 assists) and Kendell Heremaia (3 points and 3 rebounds).

The Rams will next face Saint Joseph’s in the quarter-finals on Saturday.

Saint Joseph’s progressed at the expense of Tera Reed and Virginia Commonwealth Rams defeating the Rams 72-63. Reed made 9 points, 2 rebounds and 2 steals – some consolation for the former Westlake guard is that she finished her freshman season as the leading scorer for VCU averaging 14 points per game.