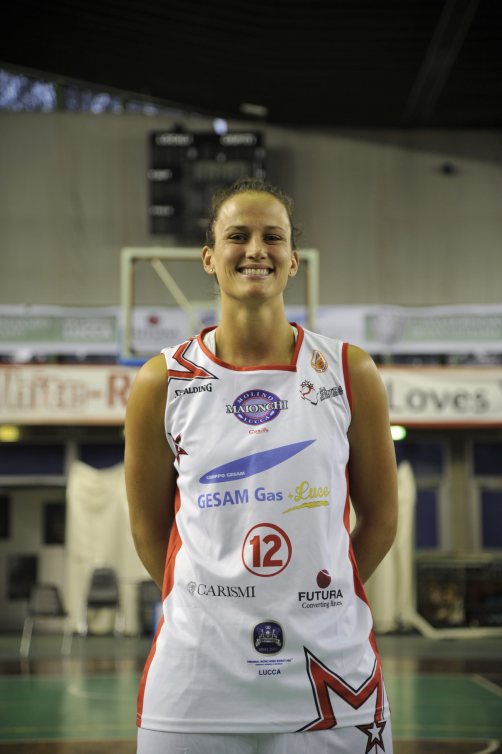 Having won the regular season title Lucca were optimistic they could add the Championship to their trophy cabinet but disappointingly found themselves swept by the defending champions.

In game one on Monday Lucca mounted an extraordinary fight back only to fall to defeat in the final seconds of the game.

The home supporters were silenced as Familia Schio built what appeared to be an unassailable 51-37 three-quarter time advantage. However what unfolded was a remarkable comeback as Lucca, in front of a virtual full house at PalaTagliate, embarked on a remarkable 19-4 run to lead 56-55 inside the final minute.

Unfortunately the fairytale ending did not materialise as veteran forward Lara Macchi made the important final score in the closing seconds to carry Schio to a crucial first up victory.

Harmon made 12 points and snared 7 rebounds in the opener.

Familia Schio bossed the second encounter from start to finish winning 78-54. Tall Fern Jillian Harmon was tireless with 11 points, 2 rebounds and 2 assists but could do little to stem the tide in favour of the home team.

On Sunday the third game followed a similar pattern to game two with Scio bossing the boards (42-30) and easing to a 76-55 win. Once again Harmon was prominent with a double double of 13 points and 10 rebounds.

Harmon has had a terrific season amassing 624 points during the 33 game season and leading Lucca in scoring averaging 18.9 points per game. Shooting the ball at 51.4% from the field the former Stanford University standout has also averaged 6.4 rebounds and 3.2 steals per game.

Harmon will now get a few days rest before linking up with the Tall Ferns later this month for their Olympic Qualifying campaign.