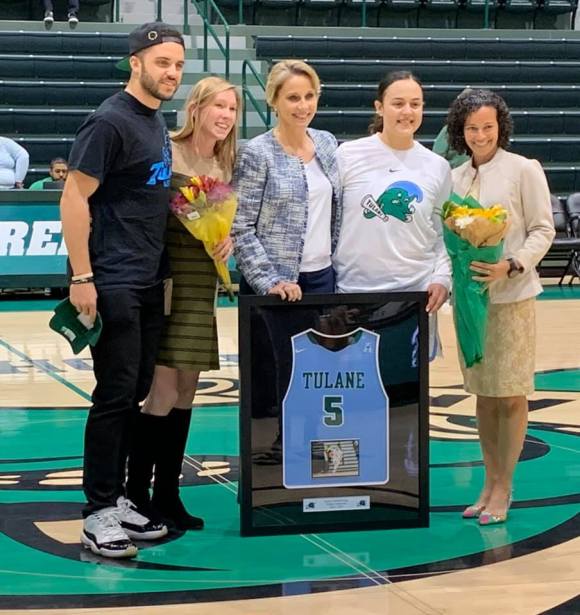 The major news today was that Katelin Noyer and Fresno State advanced to the semi-finals of Mountain West Conference Tournament. The Bulldogs are back in action tomorrow.

Here is a simple guide to who is playing when in NCAA Division I Women’s Basketball Conference Championships.

In a battle for the #5 seeding at the American Athletic Conference Tournament Tulane edged Temple 53-50 to finish with an 8-8 record in the regular season. On senior night Manuirirangi made an assist and grabbed a rebound.

Fordham finished Atlantic 10 regular season play with an 11-5 record securing third spot on the ladder. They will face St Joseph’s in the first round of the conference play-offs on Wednesday.

The Retrievers finished with a 6-10 record in the America East Conference and will be facing UMass Lowell in a sudden death quarter-final.

Chattanooga clinched a share of the Southern Conference regular season title with a narrow 69-65 win against ETSU. Chattanooga will meet Mercer in the Tournament Championships Quarter-Finals.

Colorado (5-13) will face USC in the first round of the Pac 12 play-offs with the freshman forward having established herself as a key player for the Buffs.

No Kiwi woman is playing for a higher ranked team than Manumaleuga with Arizona currently at #13. They will face the winner of the Cal v Arizona State tie in the quarter-finals of the highly regarded Pac 12 Conference.

Hoping to go one better than last season when they finished runners-up at the Atlantic 10 Championship VCU will face the winner of the first round game between Davidson and La Salle.

#5 ranked Tulane will take on #12 Tulsa in the first round of the American Athletic Conference Tournament in Uncasville, Connecticut.

Will meet a conference second round winner.

Brown face Dartmouth in their final Ivy League fixture. Only the top four teams qualify for play-offs and Brown are well down the league standings