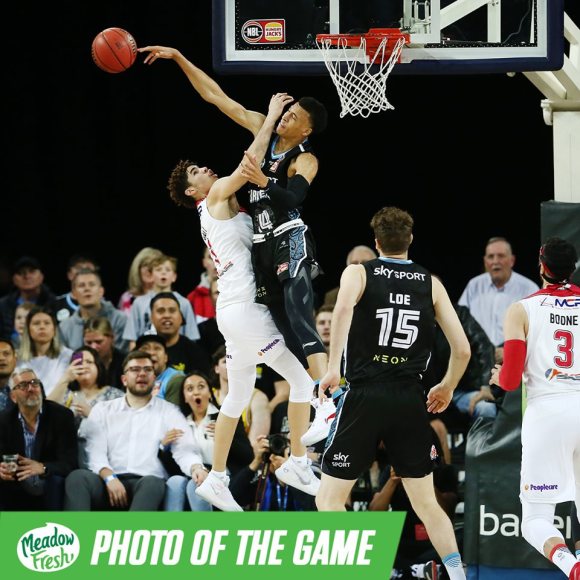 The official attendancefor the Sky Sport Breakers opening home game against Illawarra Hawks last week at Spark Arena on Sunday was 8,338 – the 6thhighest crowd all-time for the Breakers and the third largest ever for a regular season fixture.

The reaction of the crowd during the game showed that many were there to see future NBA players LaMelo Ball and RJ Hampton in action.

So who won the first round of that matchup between the two? Being biased I give Hampton the verdict but only just.

I had both players in my fantasy team with Ball scoring 32 points and RJ 37 points emphasizing how close the contest was.

Fortunately we get to see them go head to head on three more occasions this season with the next round back at Spark Arena on November 30th.

The largest crowd the Breakers have ever attracted was 9,238 for Game 3 of the 2012 Grand Final series against Perth Wildcats. The biggest regular season crowd was 9,157 on February 1st2013, when the Breakers won a 10th straight game defeating Perth 98-81 with Corey Webster scoring 14 points to back up Cedric Jackson’s 22 points.

Scotty Hopson produced the first Breakers double-double of the season pulling down 10 rebounds to go with 17 points.

Development Player Terry Li, afforded a couple of minutes of action, became Breaker #114 and the first Chinese national to play for the club.

Ethan Rusbatch played his first game for the Breakers since January 2017 – he made three brief appearances in the 2016-17 season (when a Development player). Nice to see the Tall Black guard knock down a pair of threes.

Corey Webste moved up to 7th on the Breakers all-time assists list with a dozen dimes over the two games against Illawarra and Melbourne. He replaces Tom Abercrombie at No 7 and has 6thplaced Kirk Penney in his sights.

Tom Abercrombie is 17 points shy of becoming the first Breakers player to break the 3,500 points mark. The club’s all-time leading scorer could well pass that milestone during the upcoming round with games against Cairns and Perth set down for Thursday and Sunday.