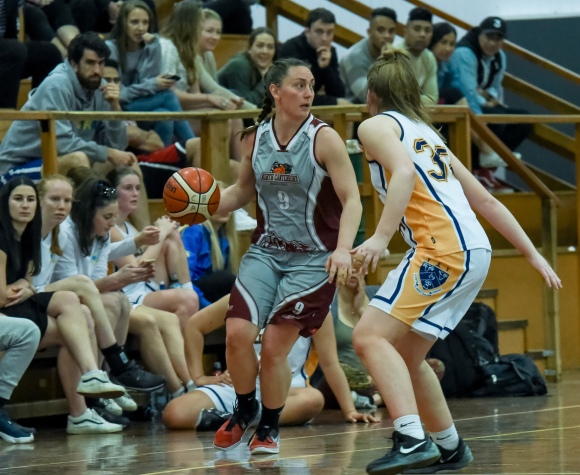 Basketball Otago General Manager Justin Ludlow says Gray has been an instrumental figure in Canterbury women’s basketball since her debut with the Wildcats at the age of sixteen.

“She played an important role in the Wildcats back to back championship wins in 2016 and 2017, and she captained the team during that time.

“Head coach Greg Brockbank and I met with Hayley recently, and we were just thrilled with her attitude and determination for the game which will be a great asset for us in 2019. She wants to see more females playing basketball at all ages and wants to play a part in that in our region which is fantastic.

“She is still passionate about the game and giving back to the next generation of young female basketballers who aspire to have the opportunities which she has had within the game, and which are still a key component of her desire to remain involved at the highest level. She is excited that she will be able to continue this with the Otago Gold Rush as they look to defend their title won in 2018,” says Ludlow.

“I am really excited to be getting back out on the court again this year, especially with the defending champions. It is always challenging moving cities and teams, but the Otago Gold Rush have been very welcoming and supportive, and I cannot wait to hit the floor running in this year’s WBC. I imagine it will be a tight race to the title as the WBC continues to grow in strength, but I am confident the silverware won’t be moving from the South,” says Gray.

An ACL injury hampered Gray’s 2018 commitments with the North Canterbury Spirit in the WBC’s second division. Gray used this time to give back as a coaching assistant in what proved to be a third championship in three years with the Spirit crowned second division champions during the finals in Dunedin.

The experienced guard has recently relocated to Queenstown with her partner to establish and operate the Black & White Coffee Cartel café in Frankton and believes her experience and leadership qualities will add value to the Gold Rush during the 2019 season.

The Otago Gold Rush begin their WBC campaign against the Auckland Dream on Friday 10 May in Christchurch.