Three out of five Tall Ferns in WNBL play-offs

Three out of five ain’t bad.

Penina Davidson in her first season as a professional since graduating from the University of California Berkeley, is in the Adelaide Lightning lineup.

Adelaide, coached by former Tall Ferns assistant coach Chris Lucas, return to the play-offs for the first time since 2013 and after finishing third in the regular season will face second placed Melbourne Boomers in one semi. 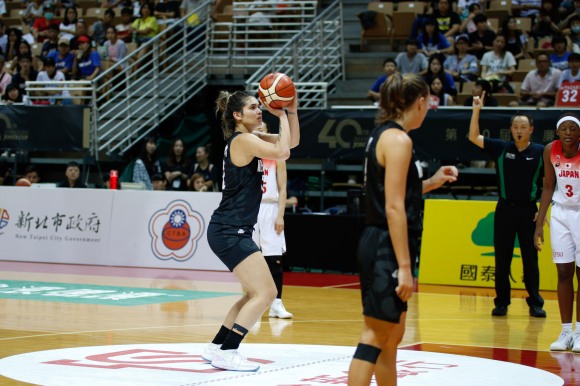 Current Tall Ferns Head Coach Guy Molloy is the Melbourne mentor and has Tall Ferns forward Kalani Purcell to lead his team’s defensive effort. Purcell is in her second season with the Boomers and leads the team in steals (1.5spg) and is second in rebounding (5.5rpg).

The first game of the best-of-three series is in Melbourne on Sunday January 27.

Toni Farnworth, like Purcell a Commonwealth Games silver medalist, captains the Perth Lynx that are appearing in a fourth straight semi-final. The experienced Farnworth and the Lynx are bidding to win their first championship.

The Townsville Fire duo of Stella Beck and Micaela Cocks finished the season on a positive note with a 90-82 victory against Sydney Flames. Beck, promoted to the starting five, scored 10 points to accompany 5 assists, 2 rebounds and 2 steals. The win was not enough to carry the defending champions back to the play-offs, the Fire finishing fifth with a 10-12 record.