Book ends year on a high – latest from US college basketball 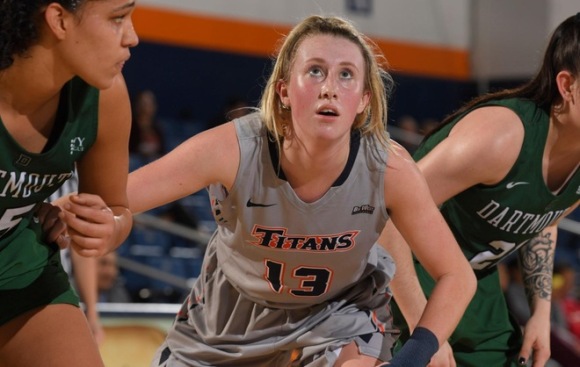 Amiee Book sunk a three-pointer with sixteen seconds left on the clock to clinch a 56-55 win for California State Fullerton Titans in their final game in 2018. The Titans begin conference play in the New Year on the back of an 11-4 start to the season, it’s best since 1990-91. Book has played a significant role averaging 10.9 points per game and shooting the three-ball at a heady 47% (21 from 45).

The Kiwi contingent totaled 19 rebounds as Fordham University squeezed past Maine 72-64 in overtime on Saturday as they hosted the Fordham Holiday Classic. Kendell Heremaia was within one board of a double-double with 10 points and 9 rebounds. Zara Jillings had 4 points and 5 rebounds with Mary Goulding totaling 7 points and also nabbing 5 rebounds.

The trio were busy again the next day as Fordham accounted for Middle Tennessee 61-49 to round out the first half of the season with four straight wins and a 9-5 record. Goulding led the home scoring with 16 points (7/13FG) and added 7 rebounds and 5 assists. Heremaia (5 points and 3 rebounds) and Jillings (7 points and 2 assists) also put in solid shifts.

Also beginning conference play were Brigham Young University. The Cougars beat Santa Clara 54-44 in West Coast Conference action with Shalae Salmon getting half a dozen points and rebounds plus a pair of steals and a block. For Santa Clara Dru Toleafoa nabbed a couple of rebounds and dished a pair of assists.

La Salle University fell 74-47 to Temple to slump to 3-11 for the season ahead of conference play. Michelle Nicholls scored 9 points (3/5 3PG) for La Salle and added deuces in rebounds, assists and steals.

Tobias Cameron, in his freshman year at Abilene Christian, scored a career best 5 points and added 4 rebounds as the Wildcats thumped McMurry 88-40 to wrap up their non-conference programme with an impressive 11-2 record.