At the Gulf Coast Showcase Tournament in Florida, Fordham University Rams finished runners-up to Texas going down 72-54 in the final. Despite the loss the former Waikato forward Kendell Heremaia improved her career best points tally twice during the event making 17 points in the final after tallying 13 in the semi-final win the previous day. 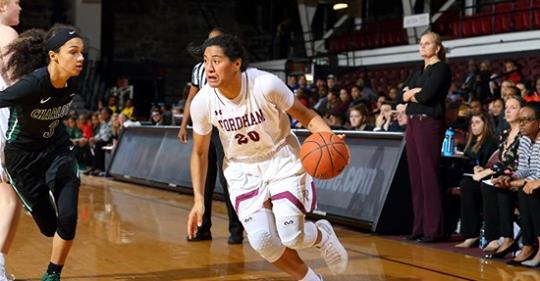 Amiee Book continued her good work for California State Fullerton Tigers. The Tigers went down 83-74 against Portland but Amiee still managed 13 points converting three from seven from beyond the arc. In her first five NCAA Division 1 games Aimee is 11 from 21 from three-point land at a striking 52%.

Krystal Leger-Walker scored 10 points, including a step back three to tie proceedings at 46 apiece, as Northern Colorado Bears eked out a 53-47 win against Colorado State. L-W added 6 boards, 3 assists and 2 steals for the Bears who have made a 3-2 start to their campaign.

Kayla Manuirirangi scored 8 points and shared 4 assists as Tulane University moved to 4-1 for the season after defeating Cleveland State 81-72.

Pareunora Pene made her debut for Tennessee Chattanooga in their 75-60 win against Liberty. The Rotorua freshman scored with both shots, one three, to record 5 points in her first appearance for the Mocs.