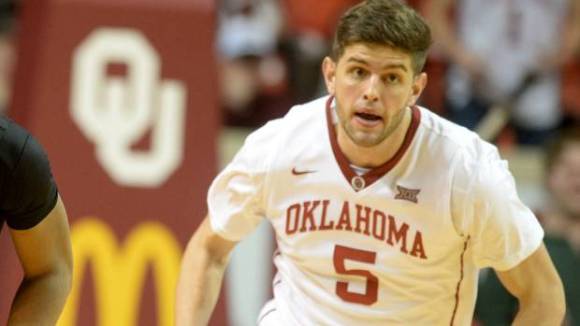 In Division I action Matt Freeman scored at almost a point a minute as Oklahoma Sooners won their home opener 75-64 against Wofford. Matt scored 11 points in 12 minutes, knocking down three from four from beyond the arc.

Matt and the Sooners have headed to the Bahamas for the Battle 4 Atlantis Tournament this week which will also be attended by Jack Salt and the Virginia Cavaliers. We will bring you news of that event and all the other Thanksgiving Weekend play in the next roundup.

Sam Waardenburg has been entrusted with a starting spot at Miami where the Hurricanes have begun the season with a trio of wins after pushing past Bethune-Cookman 78-70. The second year forward scored 8 points (4/6FG) and totalled 4 rebounds in 27 minutes in the win.

St Mary’s College Gaels, after three straight wins, fell to their first loss of the season going down 80-63 to Utah State. However it was a good outing for Dan Fotu who knocked down a pair of threes (4/6FG) on his way to 11 points. The former Rangitoto standout also added three rebounds including two at the offensive end

Isaac Letoa was 3 from 3 from the field as Dartmouth Big Green handed Elms a hiding. A reverse lay-up from the Tall Blacks guard brought up the ton as Dartmouth won100-54.

Yanni Wetzel scored a couple of points for Vanderbilt in the 79-54 win against Alcorn – the Commodores off to a 3-0 start.

Seven points from Jackson Stent helped Houston Baptist secure a 75-72 win against Fordham. Stent went a perfect 2 from 2 from the field and also knocked down both of his free throws.