Australian WNBL underway but only Penina Davidson gets the W 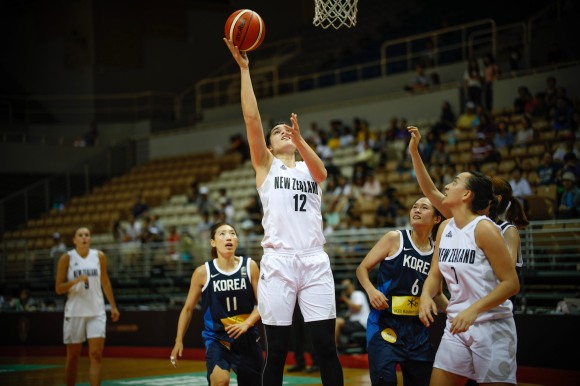 Four Tall Ferns appeared in the opening round of the Australian National Basketball League (WNBL) at the weekend but only Penina Davidson enjoyed a win.

Melbourne Boomers, coached by Tall Ferns mentor Guy Molloy, are tipped by many to win the 38th edition of the WNBL but they were surprisingly beaten 82-72 by Bendigo Spirit in front of nearly three thousand fans at the Melbourne State Basketball Centre on Saturday.

Kalani Purcell added four rebounds to one free-throw as Melbourne was outscored 29-5 in the second period giving up 23 turnovers in the contest.

It wasn’t a happy occasion for Micaela Cocks as she began her eighth season with Townsville Fire. Playing her 183rd game for the club (second highest all-time for Townsville) Cocks scored six points and added 8 rebounds but the Fire were doused 73-68 by Dandenong Rangers.

Stella Beck has joined Cocks at Townsville following her successful four year career at St Mary’s College California. Unfortunately Beck will be sidelined for the first couple of weeks of the season as she recovers from a stress fracture in her foot.

Davidson began her professional career on a winning note on Saturday as Adelaide Lightning stole) an opening round win in Perth beating the Lynx 78-66.

The former University of California Berkeley standout contributed 3 points, 7 rebounds, 2 assists and 2 blocks in 17 quality minutes off the bench for the Chris Lucas coached Lightning.

The win was based around a solid defensive effort from Adelaide as they held Perth to just twenty points in the middle two quarters to carry a decisive 58-41 lead into the final ten minutes.

Cantabrian Toni Farnworth, in her seventh campaign with the Lynx and her tenth WNBL season overall, scored 7 points but it wasn’t a great shooting night for Tall Ferns wing making just 3 from 12 from the floor.