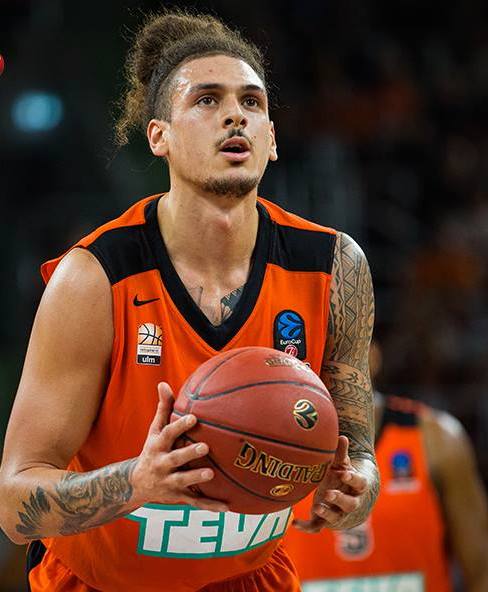 Tai Webster and Isaac Fotu will share a flight back to New Zealand at the weekend as they look to assemble with their Tall Blacks teammates for the World Cup qualifying fixture against Korea.

Before boarding the flight in Frankfurt the pair will be on opposite sides as Webster’s Frankfurt Skyliners entertain Fotu’s Ratiopharm Ulm in a German Bundesliga game.

Last weekend the Skyliners lost their third game of the campaign going down 75-67 at Brose to slip to fifth on the league table with a 6-3 record.

Webster was once again in fine form top scoring in the game with 19 points to go with 7 rebounds and 3 assists.

Ulm (4-5) are up to tenth on the ladder after an 88-77 home win against Braunschweig with Fotu scoring 9 points on 4 from 8 shooting.

Good news also from Israel where Corey Webster led all scorers with 22 points as Ironi Nahariya defeated Maccabi Haifa 83-73 with Nahariya improving to 4-2 for the season.

Paderborn competes in the Pro-A League, the equivalent of the German second division.

It was also announced recently that Prewster has signed for the Bay Hawks for the 2018 NZNBL season after playing for Nelson Giants in 2017.