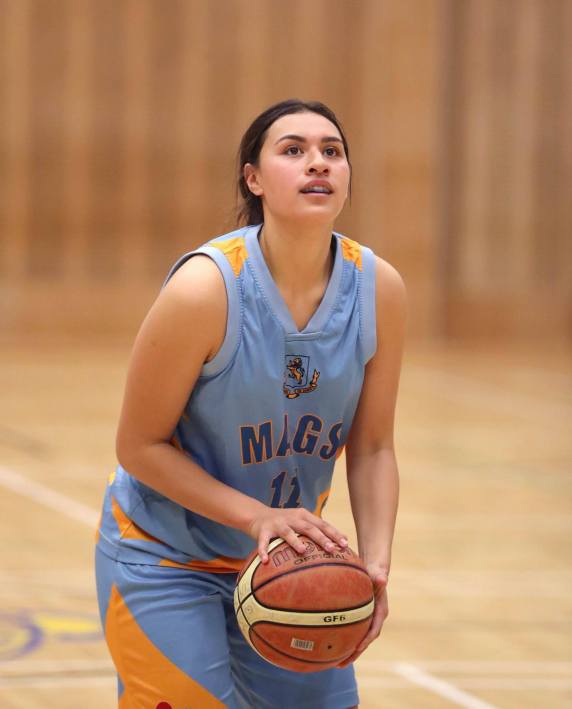 Despite triples from Massey guards Shauna Povey and Terina Aratangi Grammar went to the quarter time break with a 20-8 lead with Karma Skilton-Roberts the main contributor in the period.

Kataleena Leslie dropped a couple of treys for Massey as they closed to 31-21 at the mid point of the second term however Mele Latu and Laetitia Tuaiti closed out the scoring in the half with Grammar ahead 38-21.

Latu knocked down her second triple of the game and Zhaney Hettig made a couple of inside baskets as Grammar dominated the third frame to carry a 54-28 lead into the final quarter.

With seven players scoring eight points or more Grammar cruised through the final stanza and now look forward to a match up with archrivals Mt Albert Grammar in the final next Friday in what promises to be a much closer game.

In the other semi-final Westlake Girls made a disastrous start against Mt Albert Grammar falling behind 25-8 at quarter time. Sharne Pupuke-Robati and Jada Manase shared 17 points as the MAGS ball movement created plenty of easy scoring opportunities.

If it was ugly for Westlake at quarter time it was soon a horror show as Tessa Talo-Tomokino converted from beyond the arc to extend the MAGS lead to 35-8.

That effort produced transition baskets by the plenty for Riana Rangi-Brown and Trinity Paeu – the game over as a contest at half-time with MAGS ahead 57-27.

Pupuke-Robati demonstrated her scoring ability with baskets from long range and inside – as did Talo-Tomokino – 84-38 at three-quarter time.

Jess Moors, Emme Shearer and Jordyn Maddix prevented the scoreline blowing out any further in the fourth quarter but on a night when they were blown away by a dominant MAGS display it was too little too late.