Cal Berkley Golden Bears are only 17 days away 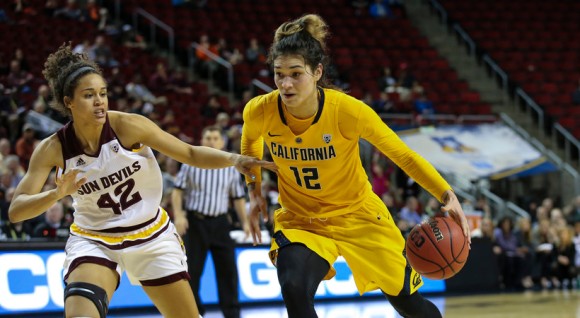 Coach Lori McDaniel says the New Zealand Premier team is looking forward to the challenge of facing the University of California Berkeley Golden Bears when they touchdown in Auckland early next month. And they better be, because there is no doubt NZ Premier are in for a tough match.

The UC Berkeley Golden Bears are one of the top women’s college teams in the US, boasting nine appearances at the NCAA tournament and playing in the prestigious Pac 12 Conference.

New Zealand Tall Fern Penina Davison will headline the Cal challenge. Davidson will be lining up for Cal’ where she attends College. Now in her fourth and final year the formidably talented 21 year old has made 98 appearances for the Golden Bears. This is her first time playing in Auckland since the start of her college career.

“This is a great opportunity for New Zealand youth to see what it takes to play at a large Division One College,” says Lori McDaniel.
“We’re ready to show them what New Zealand has got.”

The game tips-off at 4pm on 13 August, at North Shore Events Centre. Tickets at http://www.facebook.com/NZIBT