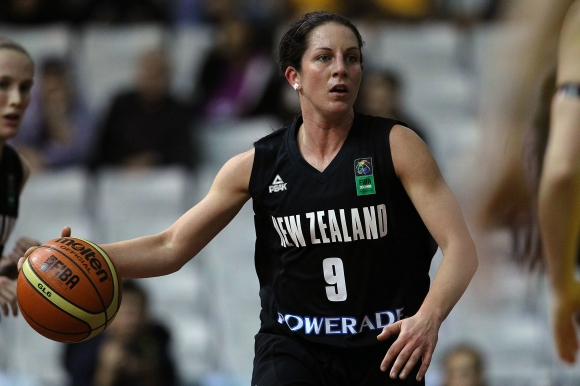 The Tall Ferns have finished tied for the best record at the William Jones Cup, following a 75-72 win over Japan on Sunday.

Their 4-1 record ties them with Japan, who were unbeaten coming in to tonight’s fixture.

“It was a truly competitive game, a game of good execution for both teams at both ends of the court,” head coach Kennedy Kereama said.

That comment is reflected in the stats, as the two sides couldn’t be separated at halftime at 37-37.

13 third quarter points for Micaela Cocks (she topped the Kiwi scoring during the tournament with 79 points in 5 games) helped the Tall Ferns take a hold of the match after the break though, as they pulled out to a nine point lead with a quarter to play.

It was no surprise to see Japan throw everything at them in the final stanza, but the Tall Ferns held firm to close out the three point victory.

“It’s always good to have really close games, because going into the World Cup Qualifiers (Asia Cup), that’s how we’re going to get better,” Cocks said.

Cocks had a standout game, shooting a game-high 27 points to go with five rebounds.

Her efforts were assisted by 13 points, seven rebounds and three assists for Antonia Edmondson, while Rebecca Ott was a force off the bench with a team high seven rebounds.

The win wraps up a strong William Jones Cup for the Tall Ferns, who continue to build towards the Asia Cup at the end of the month.

They’ll now head to Singapore for a series beginning 11 July, with Kereama happy with his side’s progress.

“For us, it was a very successful tournament, but we’ll make some adjustments, and, of course, we’ve got lots of improvement to make.”