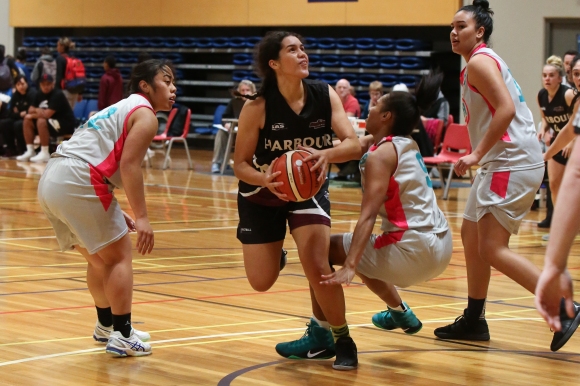 On the back of a commanding fourth quarter performance Auckland Girls Grammar School defeated Westlake Girls 88-54 in Premier Grade action on Monday night.

Westlake made the better start leading 26-22 after a free flowing opening quarter with Jordyn Maddix and Keeley Tini knocking down triples to more than counter the efforts of Karma Skelton-Roberts and Mariah Ropati.

Auckland exerted some dominance in the second winning the period 20-9 as Mele Latu and Rionne Papa went to work.

Maddix scored another three in the third frame but Auckland were well served by Teneva Ropati and led 57-49 at the three-quarter mark.

Any thoughts Westlake had of heading back over the Harbour Bridge with a victory were quashed in the final stanza. The AGGS defence reduced Westlake’s scoring to occasional trips to the foul line whilst their offence piled in 30 points.

The win moves Grammar, temporarily at least, to the top of the league. Massey High and Mt Albert Grammar – the other two teams with just one defeat this season – play again on Friday.