Jack Salt had zero points (not surprising as he didn’t put up any shots), 3 rebounds, a steal plus a couple of blocks as the University of Virginia Cavaliers comfortably beat Virginia Tech 71-48 on Thursday.

On the face of it those are not stunning numbers but post game Virginia coach Tony Bennett made a telling comment, “Jack (Salt) and Isaiah (Wilkins) are the ultimate team players….I have been blessed to have so many service orientated players. Jack and Isaiah have been good, so we’ve been getting good play when our frontline is in there.”

For those of us that have followed the career of Salt it comes as little surprise to hear Bennett endorsing the unselfish attitude of his sophomore centre. Throughout his school and age-group career Salt always displayed a team first philosophy and now it is being recognized at a premier basketball college (Virginia are ranked No 9 in the nation). 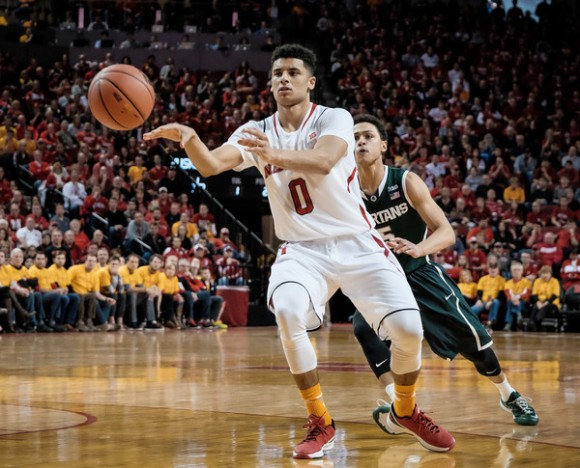 Also playing at a premier school is Tai Webster and he became the 28th player in the school’s history to score 1,000 points for Nebraska in the 81-70 loss at Iowa on Sunday – Webster scored 14 points in that one.

Webster had claimed a game high 18 points on Friday as the Huskers went down 72-61 against Michigan State. A small matter of 15,821 turned out at Pinnacle Bank Arena to not only see the Huskers but also to pay respect to Tyronn Lue (coach of the NBA champion Cleveland Cavaliers) as he was in attendance to have his jersey retired.

Lue had a distinguished collegiate career at Nebraska before becoming a first-round NBA draft pick in 1998. Lue played three seasons with the Los Angeles Lakers and 11 seasons overall with seven franchises. A first-team All-Big 12 player, he won two NBA titles with the Lakers in 2000 and 2001, then guided the Cleveland Cavaliers to the 2016 NBA Championship.

Jarrod Kenny made 6 points and provided a team high 4 assists as the Perth Wildcats took a step closer to a play-off berth with a comfortable 94-63 victory against Brisbane Bullets on Friday night. Perth is aiming for a remarkable 31st consecutive appearance in the play-offs.

In Spain Isaac Fotu scored 14 points and added 6 rebounds as Zaragoza improved to 7-12 for the season with a 102-99 victory in the Spanish League. Fotu made 5 from 8 from the field and 4 from 5 from the free throw line – collectively Zaragoza made an impressive 33 from 37 from the charity stripe. 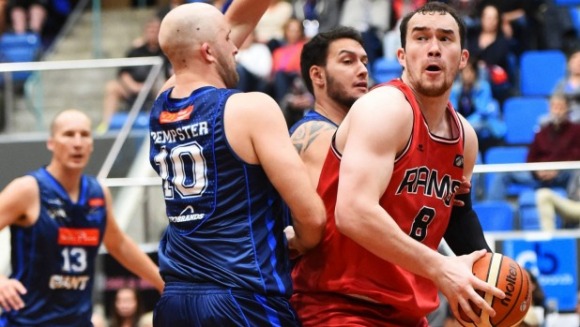 Mike Karena continued his good form notching 23 points (11/16FG) as Sammic ISB beat Albacete 90-83 to remain top of the LEB Silver standings, the Spanish second division, with a healthy 14-5 record. It’s the third 23 points haul of the season for the Canterbury Rams forward.