It has been a good week for a four of our overseas based international players with Isaac Fotu, Kalani Purcell, Stella Beck and Yani Wetzell all receiving awards.

Kalani Purcell was named West Coast Conference Women’s Player of the Week. The honour is the first for Purcell this season but the fourth of her BYU career.

The 6-foot-2 Tall Ferns forward recorded back-to-back double doubles in the Cougars’ two wins to keep the team in a tie for first place in the conference with a 6-2 record.

She leads the team and the conference in rebounds, has the most double-doubles on the team with 11 and plays the second-most minutes. 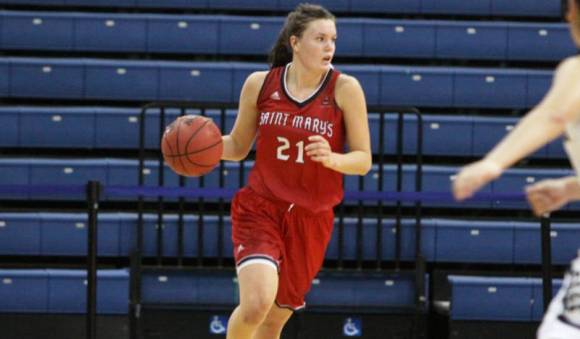 Stella Beck plays in the same conference as Purcell and the former Hutt Valley player was named the Student-Athlete of the Week after being one of the Saint Mary’s women’s basketball team’s standouts on an unbeaten West Coast Conference road trip.

Beck posted back-to-back double-figure scoring games and was perfect  from the free-throw line to help keep SMC just one game back of first place in the WCC.

Thursday at Pacific, Beck led Saint Mary’s with 14 points, including a perfect 8 for 8 showing at the free-throw line. She tied her season-best with nine rebounds as the Gaels defeated the then-first place Tigers on the road.

Saturday, Beck turned in another double-figures performance with 10 points. 7 of her 8 rebounds came on the offensive end.

Isaac Fotu received the Best Sixth Man award from a leading basketball publication in Spain, Gigantes del Basket. The Tall Blacks forward, in his third season in the Liga Endesa and his second season with Zaragoza, is averaging 10.3 points and 6.2 rebounds per game for the club.

Yani Wetzell is making some waves in Texas or perhaps rattling some cages is a more appropriate phrase given the university he plays for.

Last year the 6’10” freshman averaged 11.7 points and 5.6 rebounds for St Mary’s Rattlers, numbers and performances good enough to earn a spot in the New Zealand Select team that toured China.

Last week the former Westlake forward was named Heartland Conference Player of the Week after helping the Rattlers to a couple of Conference victories – Heartland is in an NCAA Division 2 conference.

Wetzell scored a career high 29 points (plus 12 rebounds) in an overtime victory against Newman on Saturday. Two days earlier he had notched 15 points to help St Mary’s overcome Oklahoma Panhandle State. This season he is averaging 15.3 points and 7.5 rebounds per game.