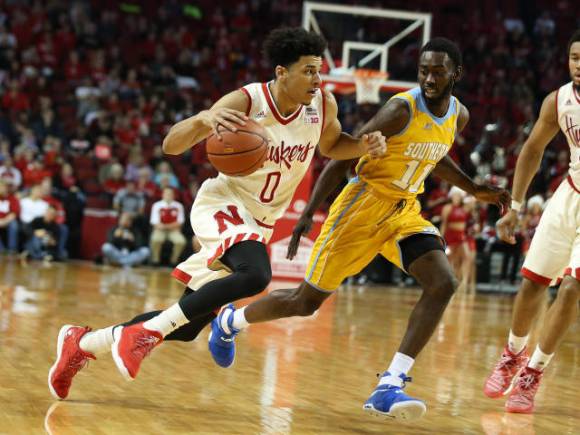 Tai Webster was named Big Ten Conference Co-Player of the Week following the Nebraska Huskers’ road wins over No 16 Indiana and Maryland in the past week. The award caps off a fine week for both Webster and the Huskers.

Webster averaged 19.5 points on 52 percent shooting, 3.0 rebounds, 3.5 assists and 3.0 steals across the two games as the Huskers opened conference play 2-0 for the first time since 2005-06 with both wins coming on the road.

Webster fuelled the Huskers’ comeback at Maryland on New Years Day, scoring the last seven points of the game including the go-ahead basket with 31.2 seconds left, as Nebraska scored the final 14 points in a 67-65 win.

Webster finished with 18 points and five assists, in handing Maryland only their second Big Ten home loss in three seasons.

The Tall Blacks guard picked up his sixth 20-point game of the season at No. 16 Indiana on Wednesday, finishing with 21 points, five rebounds and four steals, as Nebraska snapped the Hoosiers’ 26-game home win streak.

Webster shared the player of the week award with Minnesota’s Nate Mason, who had 31 points in the Gophers’ win at Purdue on Sunday.

Webster has made double figure scores in all 14 of the Nebraska’s games this season leading the scoring with 243 points at 17.4 per game. He also leads the assists category – 3.9 per outing – and is second in steals (1.4pg) and third in rebounding (4.8pg).