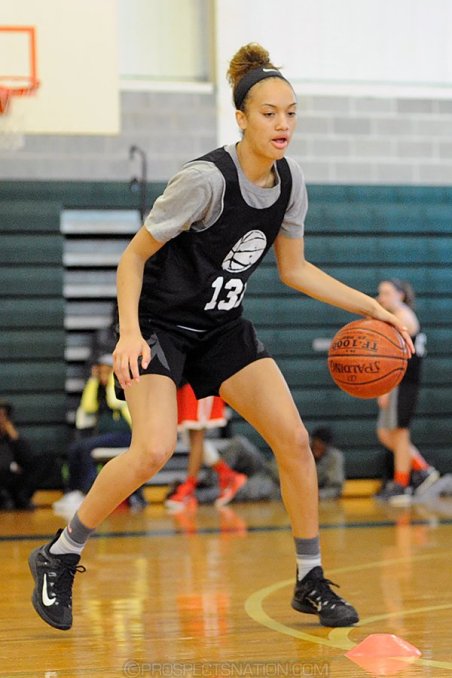 The Junior Tall Ferns accounted for Papua New Guinea 121-13 in their final pool game at the FIBA Under 18 Oceania Championships in Fiji on Wednesday afternoon.

Charlotte Whittaker (9 points in the opening quarter) scored the first two baskets of the game but the Junior Tall Ferns did not have it all their own way in the early stages. The JTF’s led 11-7 after 4 minutes but then reeled off 23 points to lead 34-7 at quarter time.

Unselfish play by the JTF’s led to easy scores for McKenna Dale and Jayden Fuiava. A triple from Akiene Reed added to PNG’s woes and with the score mounting PNG needed a timeout at the mid point of the second trailing 55-7.

Consecutive corner threes from Zara Jillings and Reed and inside baskets from Esra McGoldrick extended the JTF’s advantage to 69-7 before PNG finally got on the scoreboard again.

Reed led all scorers with 12 points and Aliyah Dunn and Whittaker had 11 points each as the JTF’s led 71-11 at the interval.

The accomplished Reed, who led the JTF’s scoring, got the scoring underway in the second half, Jillings made another triple and Charlisse Leger-Walker scored in transition before PNG added to their half-time score.

An error-ridden spell followed forcing JTF’s coach Brett Matehaere to call a timeout. Nicole Ruske and Dale landed threes after the resumption but turnovers continued to punctuate the JTF’s performance. Despite some unforced errors the Kiwis led 98-13 at three-quarter time.

Tiarna Clarke brought up triple figures for the Kiwis with a long three and although the JTF’s scoring slowed in the final period another convincing win was gained and a 3-0 record in pool play satisfyingly achieved.

Like the JTB’s the Junior Tall Ferns have a rest day on Thursday before semi-final action on Friday – most likely against Samoa.