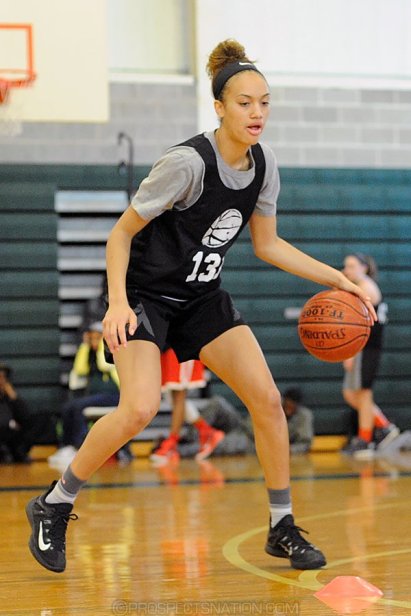 Despite a 20 points haul from Akiene Reed the New Zealand Junior Tall Ferns (JTFs) were beaten 76-58 by China Under 19 in Christchurch on Thursday. It was the second defeat in two days for the Kiwis.

China scored the opening basket of the game, but Charlisse Leger-Walker replied on the opening New Zealand offence, Akiene Reed scoring on the second.

Southland’s Aliyah Dunn and Waikato’s Kendell Heremaia converted in the paint but the Junior Tall Ferns trailed 24-12 at quarter time.

New Zealand’s defence improved early in the second period but struggled to score in the half court forcing coach Brent Matehaere to call a timeout with his charges 26-15 down.

Reed, Leger-Walker and Esra McGoldrick scored from the foul line but remarkably the JTF’s went eight minutes without a field goal before Reed pierced the China defence. Reed then landed a triple but China boasted a healthy 38-26 half-time lead.

Reed led the JTF’s scoring with 9 points but finding ways to improve the 7 from 26 (27%) shooting from the field was the major concern for Coach Matehaere to address in the locker room during the interval.

Reed continued her good first half form with the opening score of the second half, then Zara Jillings cut the deficit to single figures.

Spurred on by a sizeable Chinese contingent in the crowd the visitors seized on a couple of JTF’s turnovers to increase their advantage to 48-33 at the mid point in the third.

McGoldrick scored inside and Tiarna Clarke a floater, but baskets continued to be hard to come by for the JTF’s as the China lead extended to 60-41 at three-quarter time.

Clarke scored again with a baseline jump shot to open fourth quarter proceedings and Reed (20 points, 8 rebounds, 4 steals), the standout for the Kiwis on the night, converted an ‘And 1’ play.

Cantabrian Charlotte Whittaker then scored in the paint much to the delight of the home support, and the lead was cut to 64-51 with 7 minutes to play.

Jiaqi Wang halted the home team run with a three and although the JTF’s found scores from Clarke, Jillings and Whittaker, they were unable to threaten the Chinese lead and fell to a second loss on consecutive nights.

JTF’s head coach Brent Matehaere was proud of his team’s showing against the number one ranked team in Asia, but realizes there is still plenty of work to do.

“Our forwards were tremendous but our transition game let us down tonight. We need to learn to play at speed, however we are still in a building stage and we will take plenty from these two games as we move forward”, he said.

“The play went Akiene Reed’s way tonight and she was outstanding but we need contributions from seven or eight players each game,” he added.

The JTFs always knew the China side were going to be a tough team to beat. While the New Zealand players are still at school with an average age of just 17 years, and come together as a team to train four or five weeks of the year, it is far from the Chinese intensive programme. In contrast the Chinese team is together for eight months of the year playing in a professional league in their home country with just one player still at college – the remainder are full time basketball players.

Coach Matehaere says the experience from the two-game series will be invaluable for the young Kiwis as they look to the FIBA Oceania Championships, in Fiji, this December. The Championships will double as the Qualifying Tournament for the 2017 FIBA Under 19 World Championships to be held in Italy.