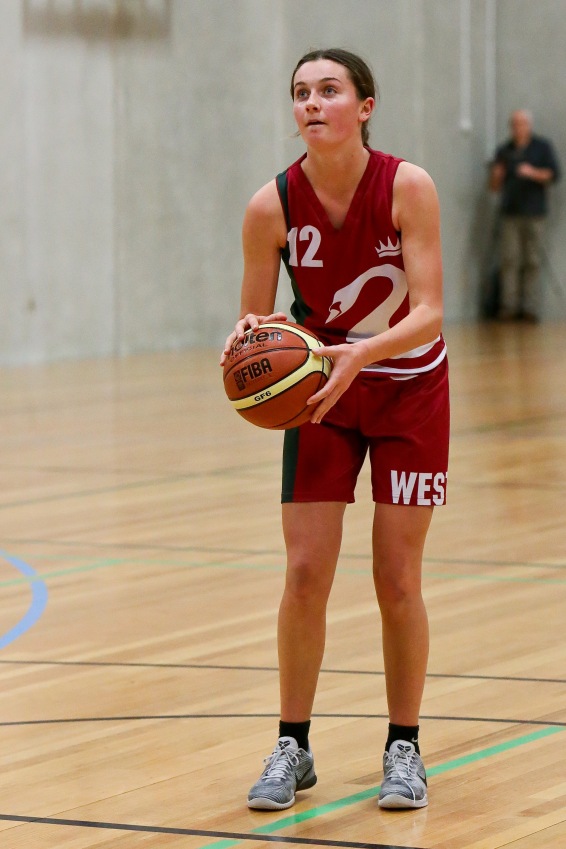 The top four teams were already known ahead of the final round of the Girls Premier Grade competition in Auckland on Friday. What was not known was the order they would finish in.

Both AGGS and Westlake finished with a 12-2 record but Grammar claim top spot on point’s differential. Recently Westlake prevailed 69-65 but earlier in the season AGGS had won 60-43 giving them a +13 advantage.

MAGS awoke in the second quarter and began to pressure the inexperienced Rangi guards (missing Riana Rangi-Brown and Sophie Bond) but Rangi still led by 5 at the half.

Sharne Pupuke-Robati was a difference maker in the third as the Rangi forwards who enjoyed a free flowing first quarter found it tough against her physicality.

The two sides exchanged baskets in the final quarter and the scores were locked at 57 each with 4 minutes left. Some costly Rangi turnovers in their own backcourt have MAGS the lead for the first time in the game forcing coach Morgan Maskell to call a timeout.

Rangi struggled to score in the dying minutes of the match as MAGS iced the game with free throws in the final minute.

Despite being without a number of regulars Westlake were able to stretch their lead to 49-13 at half-time – guard Emme Shearer scored 14 points in the second period.

Fuelled by some simple transition baskets Westlake began the third period with an 8-0 run before Holly Kagan-Dower opened Orewa’s second half account.

Ariana Henare scored with a neat left handed hook shot to keep the score ticking over for the visitors who welcomed back coach Tony Webster after a recent expedition to the States.

Mareta Davidson scored 12 straight points for Westlake either side of the three-quarter time recess to stretch the advantage to 73-20.

Orewa battled on gamely but struggled to quell the offensive transition game of the hosts.

Shauna Povey was the star of the show pacing the Massey effort with 33 points. That effort was almost matched by Summer Jean Motufua who scored 29 points for St Kent’s.

Rose Maeli made an early three for Massey but Vilisi Tavui and Viona Silao scored all the St Kent’s first quarter points as they led 13-12 at quarter time.

Motufua then unleashed a personal scoring blitz scoring 16 points in the second period.

Not to be outdone Povey then took charge sinking three triples as her 15 third quarter points closed the game up – 54 apiece at three-quarter time.

Tavui, Gabby Umaga and Rene Flay kept the score moving for the hosts but Maeli,

Terrina Aratangi and Povey had the answers to carry Massey to the win.