Basketball New Zealand is planning to roll out the red carpet for women basketballers as more New Zealand girls are stepping onto basketball courts than ever before.

According to a Sport New Zealand’s Young Peoples Survey, about 220,000 females currently participate in basketball. Also, the latest New Zealand Secondary School Sports Council census shows that basketball participation is significantly growing at the secondary school level, with an 18% increase during the past three years, which makes it the fastest growing major-sport in the country. New Zealand women have also surpassed the number of Kiwi men playing U.S. college scholarship basketball, with more than 50 as of last year.

Basketball New Zealand’s Community Participation Director, Brad Edwards, says with more New Zealander’s playing the game, it’s an opportunity to establish the sport as one of the leading women’s sports in the country, so the organisation is developing a Women’s Basketball Strategy to do just that.

“We made a number of decisions last year to raise the profile and improve the opportunities in the women’s game. Last year we increased our Tall Ferns budget from $60,000 to $320,000 because we felt strongly about providing for the women’s game as equally as we do for the men’s game. That investment covered an extensive tour this year, and we plan to continue sending the Tall Ferns on preparation tours against strong opposition ahead of pinnacle events.

“We’ve also developed the Women’s New Zealand Select team to grow that second level of elite talent and add to their world-stage experience. The Junior Tall Ferns are also benefitting from a strong development programme, they went on tour to China earlier this year and we’ve just announced a home test-series for them in September,” says Edwards. 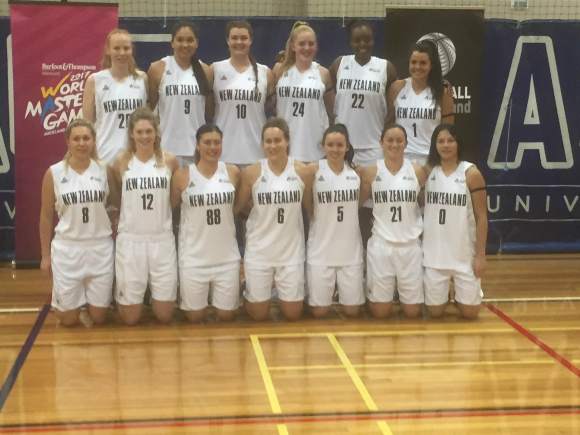 “It’s simply about ensuring basketball is an accessible and attractive sport for girls and women,” says Edwards.

With that in mind, Basketball New Zealand has just released a new promotional video with the aim of explaining the women’s pathway in basketball, which shows a junior player stepping onto court, growing into the regional and secondary school levels, then right through to the Tall Ferns with Jordan Hunter featured at the end.

“Basketball is offering Kiwi girls a great sporting environment. They love the physicality of the game, the friends they make, the global culture of basketball, and also the international opportunities, which includes college scholarships and professional opportunities that stretch around the globe. Of course the social factor is one of the game’s biggest drawcards – players just need a hoop and a ball to enjoy it.

“At that social level there’s no pressure to perform, it’s just pure fun and that’s attractive for the girls who play. So we feel like the women’s game is going from strength to strength.”