NZ U16 Men Let Vic Metro Off the Hook 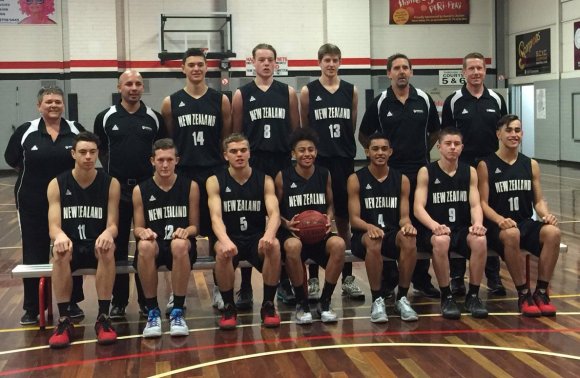 The New Zealand Under 16 Men will rue 33 turnovers after going down 83-76 to Victoria Metro on the opening day of the Australian State Championships in Melbourne on Saturday.

A perennial powerhouse, Victoria trailed 45-26 at half-time, as New Zealand captain Shalom Broughton led all scorers at the break with 13 points.

Despite 10 points in the third from Rosmini’s Joseph Hylton, the hosts had trimmed the NZ advantage to just 11 points, 62-51 at three-quarter time.

Hylton and Broughton made baskets before a 13-0 Vic run cut the margin to three points with 5 minutes to play.

Another two scores from Broughton took the NZ advantage to 73-66 with just over three minutes to play but from there it all went pear shaped for the Dave Mackay coached team.

Vic took the lead for the first time in the match with 1:46 to play and despite a late three from Southland’s Tom Cowie closed out the game 83-76. Six turnovers in the final two minutes stifled any chance of a notable first up win for the Kiwis.