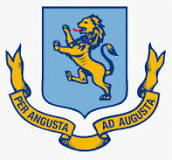 Round one of the Auckland Schools Premier Grade Basketball competition began on Friday.

Mount Albert Grammar School, playing their first Premier game since 2010, travelled across the bridge to Rosmini and stole a thrilling 80-77 overtime win.

Will Heather got things rolling for Rosmini but Michael Gardner responded with an athletic and one play followed two plays later by a spectacular dunk. The rest of the opening 10 minutes was stop start with both teams accumulating fouls, Rosmini ahead 20-11 at the first break.

Aggressive MAGS defence helped them spring some transition points in the second period as they narrowed to within four points. Marvin Williams-Dunn’s departure on three fouls didn’t help Rozza’s cause but a two handed jam by Heather helped the hosts edge an entertaining half-time lead 41-33. Gardner led all scorers at the break with 12 points, Taine Wattie, Heather and Williams-Dunn all on 8 points for Rosmini.

MAGS opened the second half with a 14-4 run, Jack Morrison at the heart of the action, to take the lead at the 6 minute mark although back to back threes from Ben Turpin restored the Rosmini advantage which they retained until three-quarter time – 58-55.

A couple of Nathan Curran free throws gave Rozza a 5 points lead at the start of the fourth period but that was as big as the margin got for either team as baskets became hard to come by and defence dominated proceedings. A Luke Fitzpatrick three briefly gave MAGS a 70-69 lead with three minutes left and although Heather restored the hosts advantage MAGS were not going away. A Wattie free throw with 17 seconds to play looked to have secured a Rozza win but on the next play Trent Kimiangartou scored a game leveling three to send the game into overtime.

Defence also dominated the final quarter as remarkably only one field basket, scored by Mt Albert, was made in the extra five minutes. The free throwing yips also struck MAGS but Luke Fitzpatrick made a pair of them to carry his team to the win, much to the joy of the travelling supporters.

A fine game to open the season with Rosmini left to rue 12 missed free throws (4 from 16) in the fourth quarter alone and MAGS celebrating a strong showing back in top flight Auckland schools basketball.

Westlake’s Isaac Letoa and Rangi’s Sam Waardenburg celebrated their selection for the New Zealand U18 3X3 team to attend the FIBA 3X3 World Championships in Kazakhstan in June by helping their teams to winning starts this season.

Defending champions Rangitoto College had a trip to Liston College and led 52-24 at half-time before easing to a 100-59 victory even without the injured Brayden Inger.

In Girls Grade Orewa College made a promising start against Mt Albert leading by eight points early on. MAGS made the necessary adjustments after a time out and led by a point, 20-19 at quarter time. This lead was extended by half time to 37-30.

Some trapping defence paid dividends for MAGS in the third and by the end of the period their advantage was an unassailable 64-42. The final quarter was largely one-way traffic as MAGS eased to a 99-54 win

Point guard Hannah Wentworth was outstanding for Orewa coping admirably with the MAGS pressure defence to register a game high 24 points. Junior Tall Fern Kate Diakhaby was a shot blocking, rebounding machine and her match up with MAGS captain Sharne Robati was an excellent contest. There were no detailed stats kept for MAGS but Robati must have been in triple double territory with a bunch of rebounds and assists to go with her 21 points.

In other girls result Rangitoto College beat Massey High 100-49 and Westlake Girls High were too strong for Avondale College cruising to an 81-33 victory even without Junior Tall Ferns Zara Jillings and Tiarna Clarke.

Jillings has had a good week being called into this weekend’s Tall Ferns camp a day after her selection for the New Zealand U18 team to attend the FIBA 3X3 World Championships in Kazakhstan in June.