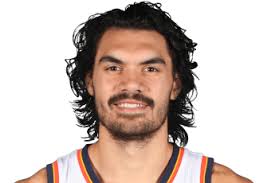 No rest for Adams during Xmas period

Steven Adams has played almost as many games as all our overseas Tall Blacks added together in the past seven days such is the frenetic nature of the NBA schedule.

Adams played four games in seven days beginning with an exciting 100-99 victory at the LA Clippers. The lead changed hands five times in the final 60 seconds in this one, Adams snaring 11 rebounds and scoring 6 points in one of his more prominent displays of late.

There was only three games in the NBL this week but two of them, both played on Sunday, featured Tall Blacks.

Dion Prewster had possibly his most productive game of the season for the Sydney Kings but they still went down, for the fourth time this season, to the SKYCITY Breakers 93-83. Prewster came off the bench to score six points snare 6 rebounds and add three assists and 2 blocks. Can’t leave this game without mentioning that Corey Webster once again stole the show scoring 38 points in this the Breakers 400th NBL game.

Perth Wildcats and Melbourne United faced off in front of a 10,000 sell out crowd at Hisense Arena. The game was played under clear blue skies as the retractable roof was opened for a basketball game for the first time. Jarrod Kenny was only afforded 7 minutes in the sunshine and went scoreless as Melbourne broke a three game losing streak to win an exciting contest 92-87.

In the Spanish League Isaac Fotu’s return to his former club La Bruixa d’Or Manresa last Tuesday was something of a disaster. Not only was Zaragoza defeated 86-79 but Fotu was held to just a single shot at basket departing the game with zero points and two rebounds.

On Sunday Zaragoza hosted bottom of the table Gipuzkoa and quickly established early dominance. Zaragoza led by 6 points at quarter time and 45-28 at half-time before easing to a comfortable 80-59 victory.

Fotu didn’t put up too many shots in that game either converting two from five from the field plus a couple of free throws to finish with 7 points, 3 rebounds an assist and a steal.

The win, just Zaragoza’s fourth in Liga Endesa this season, improves its record to 4-9.

Plymouth Raiders picked up its fifth win in fifteen games in the British Basketball League on Sunday.

Daryl Corletto’s men defeated Surrey Scorchers 102-96 with Duane Bailey contributing 8 points at an efficient 4/5 shooting clip. Bailey also chimed in with 3 rebounds an assist, a block and a steal.

In American College basketball Tai Webster scored 7 points (3/5FG) and added a couple of rebounds and a steal as Nebraska Huskers lost 69-58 at home against Samford – 10 from 20 foul line attempts didn’t help the Huskers cause.