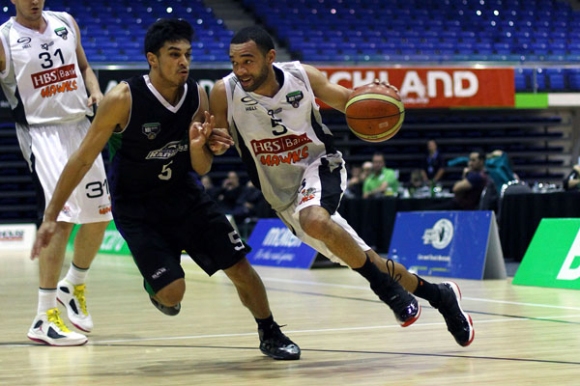 After five weeks of globetrotting on international duty most of the Tall Ferns and Tall Blacks are enjoying some time away from the game before college and club commitments commence at the end of the month.

However, five of the New Zealand representatives headed across the Tasman to take part in pivotal play-off games for their club sides in state championships at the weekend.

The Miners made a good start to the game, winning the first quarter 24-21, but a disastrous second quarter, lost 28-12, meant they trailed 49-36 at half time. The Miners won the second half but the 13 points deficit was just too much to claw back and they were eliminated, losing 91-85. Bartlett scored 12 points (3/7 3PG) with new Adelaide 36ers recruit Lucas Walker contributing 18 points and 12 rebounds for Dandenong.

Four of the Tall Ferns squad were back in action last weekend.

Samara Gallaher reacquainted herself with her Hume City teammates and for the third consecutive season the Broncos took on the Ringwood Hawks in the Big V Grand Final series. The Broncos made the most of home court advantage taking out a low scoring affair 58-48. The Broncos aided by 7 points and 4 rebounds from Gallaher will need to take out one of the remaining two games next weekend to win a third straight championship.

Further north in Queensland Jess Bygate and Natalie Taylor turned out for Gladstone Power against Ipswich Force in the semi-final of the Queensland Basketball League. Bygate was strong on the boards collecting 12 rebounds including 6 off the offensive glass. She also scored 11 points as the Power advanced to the grand final series with a solid 74-66 win

Taylor contributed a useful 10pts/ 7rebs and sister and former Tall Fern Charmian Mellars, like Bygate, had a double double – 11 points and 11 rebounds.

Over in Western Australia Lisa Wallbutton was back in the line up for the WillettonTigers, already one up in the best of three sem-final series, against Joondalup City Wolves having won the first tie 82-68.

The Tigers made no mistake in game two closing out the series 2-0 with a hard fought 68-62 win. The Tigers found themselves in a bit of a hole at half time trailing 42-27 but turned up the defensive heat in the second half restricting the Wolves to just 20 points in the final twenty minutes.

Willeton will take on defending champions Rockingham Flames in next weekend’s grand final.