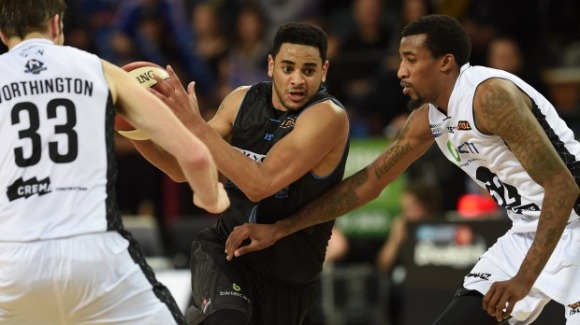 Steve Adams continued his strong form for Oklahoma City Thunder as he helped OKC to a road win against Phoenix Suns, 109-97 on Monday (NZ time). Adams played a career high 42 minutes as he amassed 13 points and whopping 16 rebounds. The Kiwi shot 6/9 from the field as the Thunder improved to 42-32, the win their 7th in the last 10 outings.

On Sunday Corey Webster made his debut for Mega Leks in the Serbian League. The Tall Black guard played an encouraging 23 minutes off the bench as Mega Leks were defeated 107-83 on the road by Crvena Zvezda Belgrade. Webster connected with two from five field goals as he contributed a stats line of 5p/1r/4a/2st/1blk.

Webster has arrived in time for the second round games of the Serbian League, the top eight teams playing each other home and away over the next three months.

Breakers head coach Dean Vickerman was in Spain taking a look at a couple of games in Liga Endesa featuring Isaac Fotu and Kirk Penney.

Not surprisingly Spanish giants FC Barcelona were too strong for Sevilla winning 99-83. Sevilla surprised second on the table ‘Barca’ winning the opening quarter 19-17 but thereafter Barcelona won each of the remaining quarters to run out easy winners. Kirk Penney was a starter for Sevilla scoring an efficient 13 points on the back of 2/3 triples and five from five free throws. Sevilla are 17th on the table with a 7-19 record.

La Bruixa d’Or Manresa recorded another good win as they edged Iberostar Tener 75-73 at home. Isaac Fotu had a quiet scoring night by his standards with just 6 points (3/8FG) but was influential in other areas contributing 6rebs/2a/1blk.

Manresa improved to 8-18, one spot ahead of Sevilla on the league table.

In Greece KAO Dramas had a welcome home victory over 13th placed Panelefsinia 76-61. Dramas improve to 8-14 edging up to 10th on the table. Rob Loe was only required for 10 minutes scoring just 4 points (2/4FG).

In France the season goes from bad to worse for Tall Fern Errin Rooney and her Arras team. Not only did Arras slip to their fifth consecutive loss but they did so to bottom of the league Union Hainaut going down 82-78. Hainaut had lost 17 straight games before recording this upset win on Sunday. Rooney played 37 minutes amassing 15 points (3 from 5 three point attempts), 2 assists and 6 rebounds.