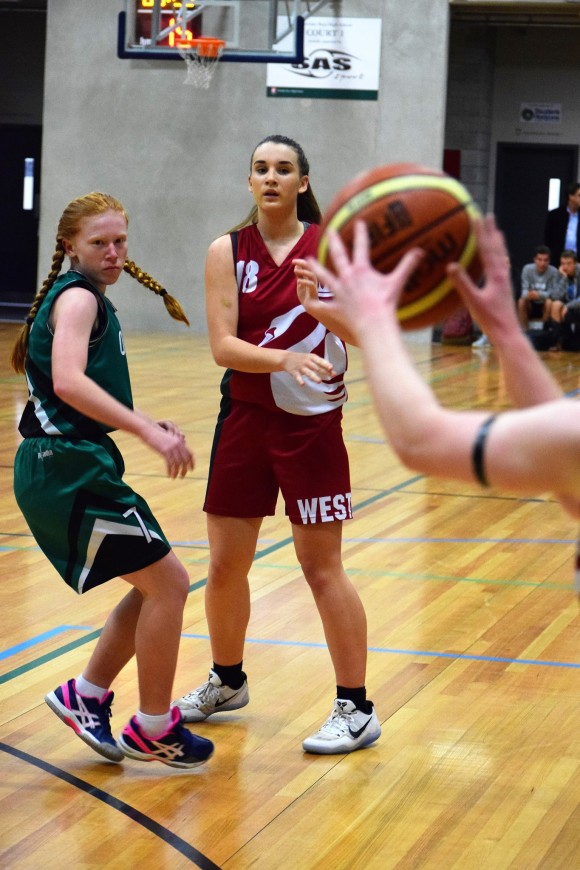 Neutral observers were hoping for a close encounter but MAGS had different ideas as they put together a dominant display winning all four quarters to run out convincing winners.

The pair continued to inflict damage on the Massey defence in the second as did Sharne Pupuke-Robati, the lead 52-23 at half-time. Manase led all scorers at the break with 17 points.

Massey were unable to find a consistent scorer to threaten the MAGS advantage, in contrast the hosts had a number of stand outs including Rangi-Brown and Pupuke-Robati who corralled 18 points between them in the third frame.

Shauna Povey and Schuster plugged away for Massey but a Moanekah Va’ai three capped off a dominant MAGS performance in style.

Orewa College took an early lead against Westlake Girls High courtesy of a Sophie Emmitt basket although the hosts, led by Emme Shearer, took charge after that running off 13 straight points to lead 17-9 at the first break.

Jordyn Maddix opened term two with an And1 play and followed that with a lay-up from a steal.

Janke Pretorius replied for Orewa but Piper Manolas and Kaia Pola opened the margin to twenty points, Westlake ahead 46-15 at half-time. Shearer led all scorers with 18 points at the break.

Shearer drew a roar from the sizeable crowd after an athletic block and a long three from Rosie Dil solicited more cheers. Further threes from Tabitha Leyson, Maddix and Shearer extended the lead to 76-17 at the three-quarter mark.

Maddix dominated the scoring in the early stages of the fourth as Lake moved to an untroubled 90-18 lead.

A floater from Orewa guard Shevaun Green found nothing but net before Dil capped off a resounding win for Westlake.

Despite a combined 47 points from Tayla Dalton and Emily Broomfield Carmel College was defeated 83-60 by Rangitoto College in a North Harbour derby game.

Tyra Campbell and Kaitlin Burgess eased Rangitoto to a 20-12 first quarter advantage. Despite a late basket in the second from Devon Liddell Rangi, fuelled by 8 second quarter points from Burgess were well ahead at the interval leading 40-23.

Bella Elgar scored six straight points to open the third but Carmel produced a strong response courtesy of Dalton and Izzy Cattermole as the two teams traded baskets through the stanza.

Five Rangitoto players contributed eight points or more and that greater scoring threat helped the hosts to a comfortable win.

The score from the Avondale College v Auckland Girls Grammar fixture has not been received.